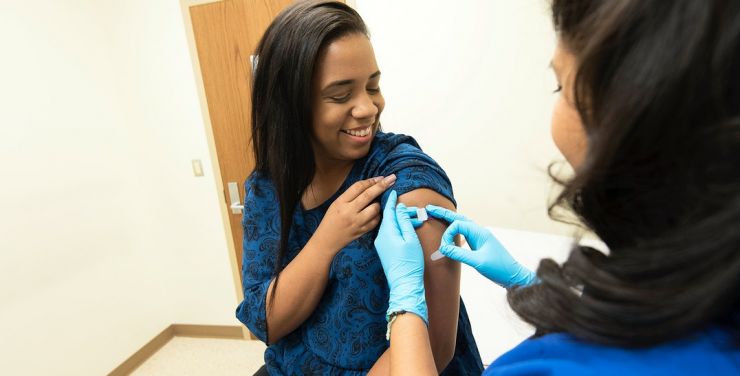 There is great excitement this week that one of the candidate vaccines against Covid-19 seems to have passed through a significant stage of the trial, with 90% success rate.

This must be kept in proportion. Of the monitored group 94 people were infected, most of them having received the placebo, which gives rise to this percentage. This is not the same as performance in the real world, and there is less certainty about its effectiveness with the most vulnerable or about how long immunity will last. Nevertheless, experts hailed this as very significant milestone showing that the virus could be “beaten” and that therefore it very good news. Analogies were soon being deployed such as it being the first goal in a penalty shoot-out, showing  “the goalkeeper can be beaten” (Jonathan Van Tam) or the “distant bugle of the scientific cavalry coming over the brow of the hill (Boris Johnson).”

There was almost euphoric news reporting on Monday, along with big rises in stock market values of companies most badly affected by the pandemic, such as the travel industry.

We should give thanks for God’s common grace

The knowledge and ability to develop vaccines is a God-given gift to the scientific community. As people made in his image, we have all received various skills and capabilities from God. It is part of our dignity as human beings that we have received a commission from him to rule over the created world in ways the animals could never dream of (if indeed they dream at all).

So it is a particular mercy, and a cause of thankfulness for the answer to many prayers, that there does seem now to be a vaccine for Covid-19. But we would be wrong to celebrate the achievements of scientists and forget the God who gave us such abilities in the first place.

Because we recognise that God often works to heal through the “normal” means of medicine it is worth noting that vaccination is a well-established field of science from which we have all benefited in the modern era. We will also need to take into account theological or ethical questions about the source of vaccines. Some have also raised fears about compulsory vaccination of whole populations against their will. We may also have doubts about the speed at which this particular vaccine has been developed. Nevertheless, despite these justifiable concerns, and respecting those who think differently, we should make sure that we are not refusing a good gift from God.

We should locate our salvation in the right place

Governments across the world claim to be led by the science but my observation is that they are mostly led by fear. There is rightly a legitimate fear of death, alongside the personal and political consequences of getting policy decisions wrong. In many ways this is a good thing; it reminds men and women their limitations and frailty. But if we head into next year with an effective and widely-deployed vaccine, we need to pray that people would not forget that God has shown us our vulnerabilities. It is important for us all to be humbled and realise how dependent upon our Creator we really are.

Even as Christians, it has been all too easy to be so taken up with fear, and so thankful for the possibility of medical treatment at last, that we start to locate salvation in a vaccine (or at least to give the impression that we do). Rather, we need to make sure that we hold on to Christ as our salvation and hold out the hope of the gospel, because our need has not gone away even if the pandemic has become less serious. Sin and death are still our greatest problems and only Jesus can deliver us from them.

So – be thankful, but stay humble and pray for God to keep working.