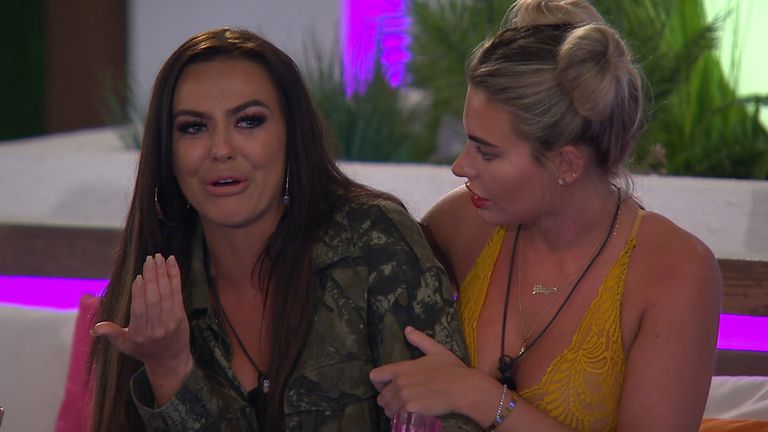 Love Island is a broadcasting success for ITV2 – their highest rated programme to date. Most parents with teenagers will have heard of it and probably argued with them about it. Many school children will likely have viewing apps on their phones and be sending messages about it. Half of the three million audience are children or young adults. Teenagers and the so-called “millennials” love this show.

People at your work are discussing it – who they like, who they don’t and who are likely to get together. It’s all over the tabloid newspapers. So you can’t ignore it.

If you are not familiar with Love Island, imagine a debauched version of Big Brother (if you thought that were possible), and you have the general idea. Not for nothing has this dating programme been dubbed “the most vulgar series in TV history”.

The Telegraph describes it as “half a dozen gorgeous young men and women stranded in a gorgeous villa on Majorca basking in gorgeous sunshine. The contestants’ objective is to make sure that they can be a partner to someone of the opposite sex – ‘couple up’ – by the end of each week.” Over the course of the series, contestants can be re-coupled (either by choice or not) and are regularly voted out by the public and new ones brought in, to create new dynamics and coupling opportunities. The last remaining couple (sic) win a prize of £50,000 and the prospect of a new career.

Viewers are treated to lots of Big Brother-style dialogue between participants with plenty of musings on who they need to couple with next, along with arguments, tantrums, gossiping and swearing (because it is, after all, authentic). There are romantic dinners, some love-related games and challenges and, rather bizarrely, filmed sex scenes. Yes, with real people, not actors. It is hard to believe this is allowed to be shown and yet there have been relatively few complaints. In last year’s tawdry series, four couples had sex on TV in just one night.

It is the ultimate peep show, beamed to your living room (or more likely to a mobile device so you can watch in private).

According to the show, the fact that viewers get to see real sex – albeit in badly-lit scenes and covered by duvets or towels – is only a tiny part of the bigger story. They say, “We’re not interested in the act itself, more why the couple have decided to take their relationship to the next stage and how it might impact the rest of the group.” Well that’s OK then.

A typical day on Love Island: Adam, having apparently “coupled” with Rosie (which I believe included sleeping with her) has now an interest in a re-coupling, which involves some kind of romantic interest in Zara; perhaps surprisingly, Rosie is upset about this and cries real tears. It seems that for just one moment she forgets the £50,000 prize money and realises there must be more to life than casual romance and sex; she wants to be loved; she wants a friend. Of course this is a contrived environment and it’s all stage managed but in this abbreviated form it shows how many people conduct their close relationships. And it does not make us happy. We feel her pain, but only for a moment – there are plenty more couplings in the sea.

Possibly the makers really do think we are being treated to a sophisticated social experiment which has genuine merit. More likely, we are just watching men and women, made in the image of God, acting out the suppression of their knowledge of him (Romans 1:18) as they seek pleasure in everything but him. We observe idolaters worshipping the deity Eros – the thrill of romantic love and the momentary satisfaction of consummation, acting no better than brute beasts. And we collude with them as we watch for our titillation. Gone is the pretence that there is any artistic merit to any of this, the voyeuristic devouring of other people’s intimate personal lives, served up as entertainment.

But we cannot be surprised or outraged; the contestants’ behaviour is the product of our society’s sexual revolution that has given permission to behave like this. And why not, if there is no creator God to show us a better way? The programme makers are just doing their job, working within an entertainment industry that has nowhere else to go but further down into the abyss. The reality of real-life conflicts and the shock of seeing the most intimate moment a man and woman can share is irresistible clickbait and successful ratings fodder. Even the sad, untimely and unexplained death this week of Sophie Gradon a former contestant has been headline news and practically part of the franchise. The media has an insatiable appetite for stories about these reality TV stars as they speculate on the cause of Sophie’s death and have the opportunity to publish some more glamorous photos .

Maybe we ourselves long for those beautiful bodies and that carefree behaviour, compared with our seemingly drab existence. Maybe we do enjoy discussing the various characters. But perhaps mostly it is just a way to indulge our appetite for gossip and curiosity about other people’s sex lives.

It is hard not to just sound prudish; I know there are plenty of acted-out sexual scenes that are more graphic in other shows and I could be talking about these instead. Yes, we do need to ask ourselves some hard questions about our general viewing diet, but nonetheless it seems that a further line is being crossed in this programme .

I am trying to think of a legitimate reason why Christians, or their children, should be watching this. Can you help me?

You might say you are not condoning the behaviour on view, but it is hard to watch it and not be affected. You might be able to make genuinely insightful comments, but surely there are better subjects to watch. You might say that it’s not real, it’s all rather contrived which to some degree is true. But most of the show is real, painfully real. You might be appalled at what is happening, but at the same time you are de-sensitising yourself to the reality that these people are engaging in sexual immorality for your entertainment. Even if you do not actually view the “couplings”, you are being fed the lie that sexual intercourse is a natural ingredient of casual, uncommitted relationships between men and women. You are teaching yourself to feel no pain that neither the women or men on this show have any sense of their worth or life’s meaning and denying themselves the delight of a committed, lifelong relationship in which romance, sex, sacrificial love and deep friendship will thrive.

For our children, it models and legitimises the hook-up culture; it cheapens relationships; it leaves them bathing in a shallow pool of putrid water whilst God offers them the pure, deep fountain of life and relationships as he intends, within the church family and within marriage.

Imagine an Island where the contestants are guided and protected by God’s word; where there is romance and love and the ups and downs of misunderstanding and outburst of selfishness; where there is freedom and openness, but also discretion; where a couple only share the same bed when they are committed to sharing their lives in marriage and the bedroom door is closed to all other participants and viewers. It would probably be the least popular show on ITV2.

We need to tell a better story to ourselves and our children. It is a story that says that  beauty, love and intimacy are good things but only within the safe boundaries that God has set. We flourish as human beings when we work with, rather than against, the grain of God’s good purposes for us.

We also need to tell a story of hope, that whatever our conquests or defeats in love, however far from God we have wandered, he is the ultimate spurned lover who seeks us out and wants to forgive and restore us. His is the love we need and therefore the love we should seek. And I can’t see it on this Island.