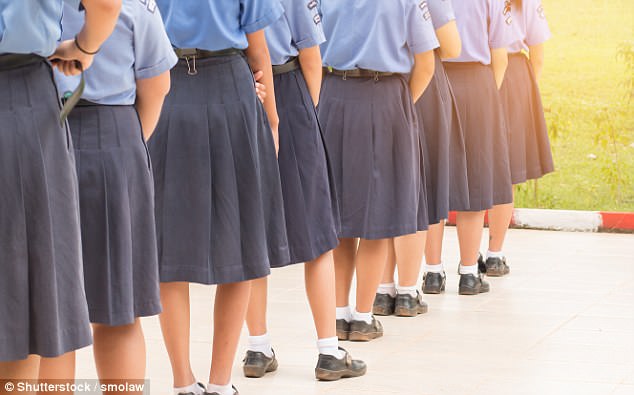 There is apparently a growing trend in the UK for schools to ban skirts for girls in favour of trousers. At least forty secondaries have now banned girls from wearing them, while others are consulting on doing the same.

This move seems to be mainly about adopting gender-neutral policies to cater for transgender pupils, although in a few cases it might be more about encouraging modesty or avoiding the potential for sexual harassment.

Bizarrely, one school has said that boys who find trousers too hot in the summer months should instead wear a skirt (instead of shorts), as part of a ‘gender-neutral’ uniform policy.

As Christians, we should be having discussions in our families and churches about what we wear and whether it provokes others to lust by parading what we have to offer sexually. Amounts of cleavage and legs revealed are good areas for discussion and debate as we seek to apply texts such as 1 Timothy 2:9 (which refers to women dressing modestly). We will also want to consider what is appropriate for children to wear at different ages. And this is not just an issue for women and children – in our highly sexualised culture what men wear is also an issue.

So there is a useful discussion to be had about what we wear, but schools adopting uniform policies in order to be gender-neutral is a worrying development.

Yes, we want to avoid unnecessary offence to the minority of students who are confused about their gender. But these kind of policies are actually legitimising transgender as a valid life choice for children. We believe this is one of the most harmful things our society is currently doing.

We are not “gender neutral”. God has made us as male and female, and thus different. We want to embrace and celebrate those differences.

There are many items of clothing that are worn by both genders. There is nothing intrinsically feminine about skirts and dresses and in some cultures they are worn by men, including the Scottish kilt. But they are pretty much a universal signal of being female, especially amongst children. So we do not want them to be banned, but rather that they are worn by girls with pride that they are the females God has made them to be.