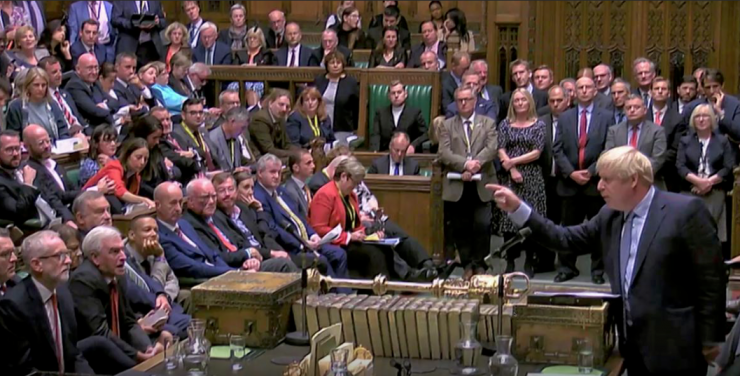 Downton Abbey creator Julian Fellowes was recently reported as saying that people today lack civility and they could learn from the manners of the characters in his drama. Speaking of the 1920s, the era in which the recent film adaptation of the TV series is set, he said: ‘I think they were more well-mannered than we are, as a civilisation.’

Observing our political dialogue over the past few weeks in the UK would confirm that courtesy and mutual respect are sadly lacking. Politics has always been a bruising business but there seems something more extreme in the way our leaders now speak to and about each another, even if it is being exaggerated by the media’s desire to create drama and stories. This is not helped by social media where angry responses and rude arguments tend to create a lot more ‘followers’ than polite discussion.

In response to all of this, a group of Anglican bishops released a joint statement in September saying,

‘In the last few days the use of language, both in debates and outside parliament, has been unacceptable.

We should speak to others with respect. And we should also listen. We should do this especially with the poor, with the marginalised, and with those whose voices are often not heard in our national conversation. We should not denigrate, patronise or ignore the honest views of fellow citizens, but seek to respect their opinions, their participation in society and their votes.’

There is much to commend this statement. Sadly, it will not carry much weight. Many politicians would claim that in their intemperate language they are in fact standing up for the rights of the poor the marginalised and respecting their votes. More of a problem for the bishops, however, is that they are perceived to be liberal in their theology and liberal and left-leaning in their politics, which does not lend a lot of credibility to their advice. Their interventions on moral issues – which are even more urgently needed – are mostly confused or entirely absent.

All sides in the ongoing political debates about Brexit have allowed the rhetoric to become untamed – to ramp up the level of insult, outrage, name-calling and offence-taking to new heights. They seem to be stirring up discord in order to gain an advantage and at the same time self-righteously looking down on all others who do the same, attributing pure motives and reasonableness to their side of the argument only.

The rudeness and exaggerated reactions witnessed from politicians has not helped the quality of our public debates more generally. It has become almost impossible to respectfully discuss different points of view without causing offence and this has led to the stifling of real public discourse.

‘…nearly all real public discussion has become impossible… ironically the quality of our debating and proclivity to take offence means that negatives accrued to any individual or institution for thinking or saying anything remotely controversial now means they don’t bother any more… we’ve lost the art of discussion and with it the ability to find honest solutions.’

As God’s people we should be leading the way in careful speech, being both loving and truthful (Ephesians 4:15).

We may sometimes express differing opinions. We may need to challenge and debate. But we should never use ‘the words of the reckless’ but rather ‘the tongue of the wise… which brings healing’ (Proverbs 12:18).

This wisdom is urgently needed in all our public debate.

And we need to take it to heart in our private conversations too. How many times have we addressed others in ways that stir up dissent, incite anger or repay wrath with retribution? This may not be in full-throated shouting matches such as we witnessed in the House of Commons recently, but even in our own supposedly polite dialogue we may be doing more tearing down than building up as we speak with one another.

And as we seek to bring about social justice and to stand up for the rights of the oppressed we must be careful not to jump on every campaign bandwagon. We need to be careful and charitable in how we speak of others and avoid rushing to attribute motives of stupidity or malice to states or corporations. All in all, the Bible has much to say about how we should use our words; the best proponent of ‘speaking the truth in love’ was the Lord Jesus Christ himself and we would do well to follow his example.