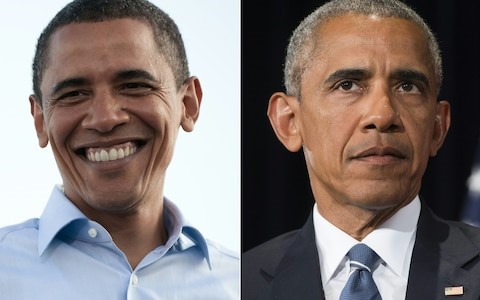 While scrolling through Facebook on the first of January, I noticed a lot of pictures comparing someone’s current image with that of ten years ago. Sometimes it can be encouraging to look back and remember all the things that have happened to us and how far we have come in a decade. Some of the posts reflected such sentiments. On the other hand, for some it will be painful to think of what they once had but have now lost, which is a harder thing to come to terms with.

John Milton, the seventeenth century Puritan, wrote this short sonnet when he was losing his sight at the age of 43 or 44.

“When I consider how my light is spent
Ere half my days in this dark world and wide,
And that one talent which is death to hide
Lodg’d with me useless, though my soul more bent
To serve therewith my Maker, and present
My true account, lest he returning chide;
“Doth God exact day-labour, light denied?”
I fondly ask. But Patience to prevent
That murmur, soon replies: “God doth not need
Either man’s work or his own gifts; who best
Bear his mild yoke, they serve him best. His state
Is kingly. Thousands at his bidding speed
And post o’er land and ocean without rest:
They also serve who only stand and wait.”

Milton begins by expressing his despair about going blind and how he struggles with this. To be a poet and a scholar and to lose his sight was to lose, as he puts it in the poem, “that one talent”. Milton has a strong sense of needing to use the gifts God has given him and to be an instrument in his hand as a scholar and writer. But what use is a broken instrument? How can he serve God as a blind person? He has the will and the desire – he is “bent to serve his maker” – but he is useless to God now that his sight has been taken away.

It is likely that the experience related in this brief poem took many months, even years, for him to process. Perhaps as he tried to continue his study by candlelight, he became frustrated that the God who gave him his calling was now taking away the ability to fulfil it. How vindictive would a father be who wants his son to do well at school but then confiscates all his reading and writing materials so that he cannot do the work!

As Milton laboured with increasing difficulty under his condition, did he begin to entertain similar thoughts about God? Did he start to wonder about God’s goodness? To question his fatherly love? To become bitter and twisted as he contemplated the future? The line, “Doth God exact day-labour, light denied?” implies he was questioning God’s character.

As we read the poem we seem to move through a vortex of despair. But there is a silver lining in this black-cloud sonnet. Milton was no stoic; he felt the pain of loss and would no doubt have loved to be given back his sight. He had lost a good thing, a God-given thing and it hurt, it really hurt. But as he reflects on the God he serves he starts to think differently.

Firstly, he realises that God is not vindictive or callous. He is not like the master in parable of the talents where the man with one talent says, “I knew that you were a hard man reaping where you do not sow” (Matthew 25:24).

As he thinks further, Milton begins to see that all is not lost. It is almost a relief to him that God does not need him to be sighted. In fact, God does not need him at all. He also realises that, like the substitute on the bench or the understudy in a play, he can honour God just as much in confinement and weakness and waiting as he did when in the prime of his career. Above all, he is dazzled by the sheer glory of God who, in his kingly majesty, has power to do whatever he pleases.

Did he still feel a painful sense of loss? Did he still question why God should take away a gift he had given him? Would he have given anything to have his sight back? No doubt, but the sting has been taken out of his pain; there is hope on the horizon; he is not driven to abject despair; he is not bitter and twisted. There is hope and trust and a sense of purpose which casts a ray of light into his gloomy despair.

As a footnote, John Milton went on to write his epic poem “Paradise Lost” after becoming blind, so perhaps he underestimated what he could achieve even with such bodily limitations. (Beethoven also wrote his amazing Ninth Symphony when totally deaf, but that is another story.)

But such success in the midst of loss will not always be the case. Sometimes our best days of “apparent” usefulness really are behind us. For us, our sense of loss may be very different from Milton’s, but the way he dealt with it can still be a model for us. Perhaps as we look at ourselves of ten years ago we reflect on a marriage that then seemed good, but is now broken beyond repair. Or perhaps we think of a job that has now been taken away, or an area of usefulness and fulfilment now no longer possible. Perhaps we can no longer drive, no longer get out to church or do the things that we once took for granted.

We are not called to be stoics, never showing our feelings or complaining. John Calvin, in his sermons on the Beatitudes says, “What we must do is learn to weep before our God. It is to him that our tears must send us.” As we do that, we will find that whilst God may not restore all our losses, he will teach us things through the difficult experience of loss. Our usefulness and instrumentality may be seem to be truncated by our infirmity, but over and over in Scripture God subtracts things from his people that they think they need, so that they are stripped down to bare dependence on Christ.“They also serve who only stand and wait.”

“they also serve who only stand and wait”