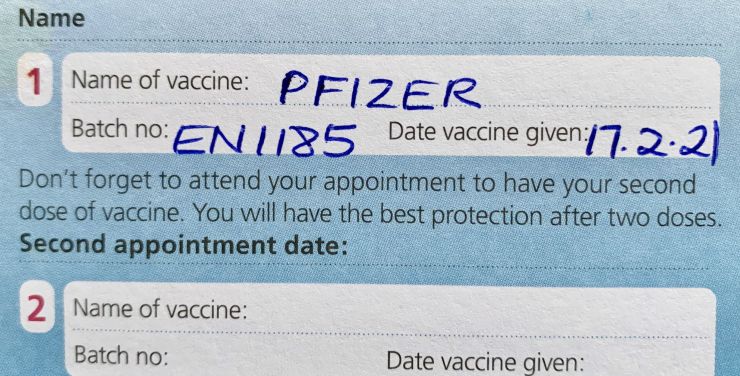 Vaccine certificates have been in the news this week, whether for international travel or getting access to local services – perhaps even for going to the pub. Should we be required to have a stamp on our passport or some electronic record to prove we are safe to interact with others?

I write this as a Covid-19 vaccine supporter, and someone who has happily accepted other vaccinations for overseas travel to Africa and South America as a good thing for my own safety and that of those around me. I can also see that for some professions, such as healthcare which requires close contact with vulnerable people, it might be reasonable to ask for a certificate for working in that environment.

But I have some misgivings about making the Covid vaccine practically mandatory, such that without one it would be impossible to join in most of normal life activities. There seems to be a mild hysteria developing around the attachment of moral virtue to having the jab and distain for those who will not have it, making them social outcasts. It has a similar feel to the government’s information campaigns which seem to make staying at home or working for the NHS the height of morality.

As a Christian, I realise that vaccine passports are clearly not something God has directly spoken about – but he has spoken much about loving our neighbour, justice, liberty, respect and ruling and subduing (which I think would cover medicines and vaccines). So with those things in mind these are my questions:

For the vaccine to be successful it needs to widely deployed and reasonably effective. Thankfully, both those seem to be happening. So once the data is fully available we should consider rationally whether a vaccine certificate is actually necessary. In reality, after June this year, how likely is it that somebody will sit next to someone who is infectious and, if they do, how likely are they to be infected themselves? And even if the virus is passed on, how likely is it that serious illness with follow? If, as I suspect, these probabilities are very low, is it really necessary to have a passport? And even if everyone was vaccinated there would still be some risk of infection, which those who argue in favour of certificates are willing to admit.

Some people, from personal choice or as a matter of conscience, do not want to have the vaccine; there are also some who, due to age or for medical reasons, might not be able to be vaccinated. Do we really want to say that such people are not entitled to live a normal life? Do we want to sign up to the narrative that characterises them as selfish and as bad as murderers? As Christians, are we going to say that freedom of conscience (which we allow to our brothers and sisters on many issues) cannot be extended to this one also? As citizens who love our neighbours, I believe we should take the vaccine if we are able to do so, but also to give people the liberty to choose otherwise, without dramatically making them into pariahs.

In God’s providence we have much freedom as citizens to go about our lives without much state interference. For the present time, however, and for legitimate reasons, the government has legislated about the places we are allowed to go and the people we are allowed to see – matters that go right to the heart of our everyday relationships. The police have had to enforce laws that would have been unthinkable just a year ago. There is also a mobile app that supports ‘track and trace’ by monitoring our every move and meeting. The problem with something like a vaccine certificate is that is institutionalises state regulation as a permanent feature of life which could be used for much less benign purposes.

So at this stage I do not support the implementation of vaccine passports but, would love to hear others’ comments and counter-arguments.