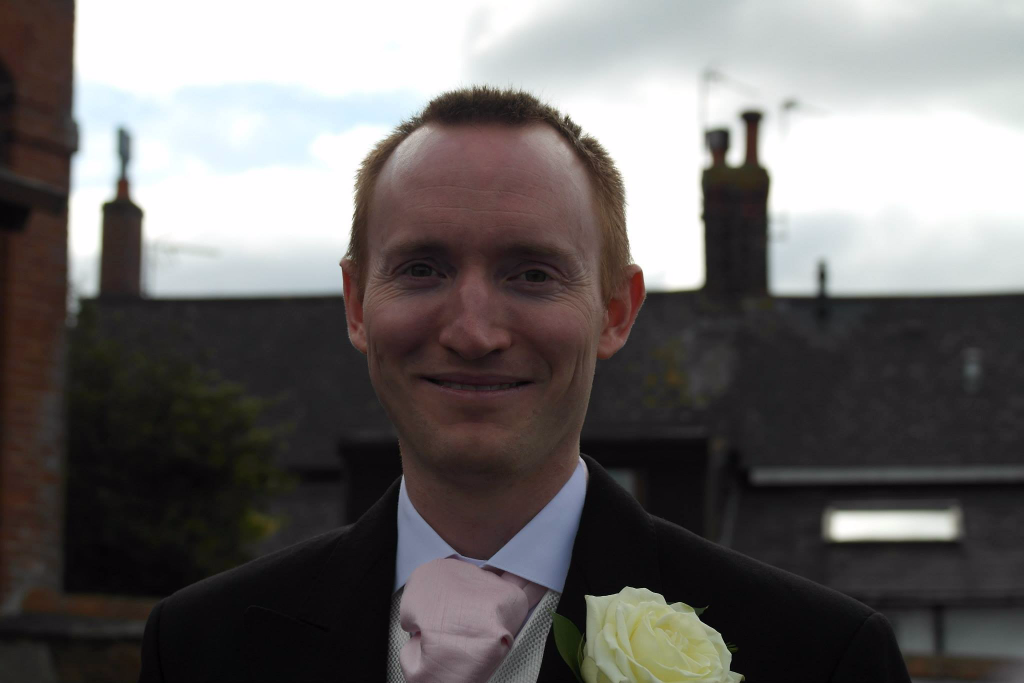 I have been a Christian for 11 years and last Sunday we looked at Exodus 18 at our church gathering which tells the story of how a man in the bible called Jethro, the father-in-law of Moses visits and Moses tells him all about how God has worked in his life and for his people. So below is a quick insight into my life and how God has worked in it which may give you some encouragement.

My life began in difficult circumstances as I very nearly died twice during birth, which my mum reminds me about annually at birthdays.

My childhood was changed early on when I was introduced to football and one of my early memories is joining my first football team. Football changed my life and as all my friends played football it quickly became all consuming and in essence I gave my life to it from about age 5.

I then grew up in the football group culture, but realised though as I got older and particularly aged 18 that what football promised didn’t fulfil me. Although it’s a great game and the culture is very appealing I felt something was missing, it left me dissatisfied.

Also as a teenager I often went on clubbing holidays with my friends to Mediterranean islands but found these trips were a bit monotonous and over hyped.

I started to fall out of love and get bored with this lifestyle aged 19 and during the second year of uni applied for an exchange programme to America. Only the top 3 studying the course could go, I went for it but came 4th so missed out.

I grew up going to church occasionally so had awareness of God and maybe for the first time I prayed about this disappointment. But nothing seemed to happen.

A week later and the day before I left for the end of the second year I got an email to say someone had dropped out and did I want their place. I said yes and a few months later I was at uni in the US which was surreal as it was like stepping onto a film set – it was exactly like how the films portrayed uni culture.

I didn’t really reflect for long on how this opportunity came about but this event did make me think about whether this experience was a real answer to prayer.

When uni was over I didn’t want to go back to the way I lived pre uni as I was bored of it so I started hanging around with my church friends I grew up with. One church friend in particular, John, was fairly persistent in nagging me to go to church and challenging me to think about the way I lived. This was a bit annoying but he helped me get better at tennis and golf so in return I thought I should go to appease him.

When I went to church my attitude slowly started to soften, I listened however I did not believe.

A year later I realised life hadn’t turned out the way I thought it would. I was still going to church and then one day I heard a sermon which spoke directly into my life and it changed my view of God, me and what the gospel is all about.

I began to feel sad about how I had lived my life so far. I wanted it to change, but was stubborn so thought I would wait for a clear sign God was real.

A few months later this hadn’t come and I got bored of waiting.

I felt convicted of the need to get baptised and become a Christian. Whilst on a lunch break walking around a park in Dorking I emailed Graham (pastor) a one liner email on my phone saying something like “I want to get baptised on Sunday” (it was mid week).

Graham said something like “great but doubt we can do this Sunday.”

A few days later I then met with Nick (other pastor) and he talked about what it means to be a Christian. I felt sad when I heard what Nick said as it made me wish I had become a Christian earlier in life.

A week later I was baptised aged 24.

Since then I have not looked back and try to learn, grow and serve in youth work and preaching, befriending people and helping other local church ministries.

I look forward to my life ahead, which God gives me and I trust Him with the direction this takes.