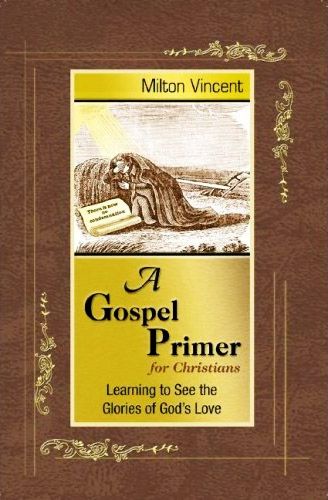 My 16-month-old daughter has started saying, “eeya,” when she hands me something. For a while I thought she was confusing her toy bunnies with cats, as the sound is very similar to her “meow”, but I soon realised that it was an amalgamation of ‘here you are’. “How sweet!” I thought, “I wonder where she learned that!” I assumed she had picked it up from her childminders. It wasn’t until a couple of days later that I noticed myself saying exactly the same when I gave her her dinner.

This isn’t the first time I have noticed her copying me – far from it! – but it is the first time I have discovered her copying something I wasn’t even aware of doing myself. This terrified me! How many other things do I not realise I am doing that she is absorbing and copying? As a parent, this is incredibly challenging. I think that all parents, no matter what their faith or beliefs are, are acutely aware of the fact that we need to be setting a good example for our children. “Do as I say, not as I do” just doesn’t fly. But as Christians this is especially poignant.

In the Bible, Paul exhorts Christians to be a good example to believers, especially those who are newer to the faith than ourselves. In Titus 2:6 – 7 he tells older men to teach younger men to “be self-controlled. In everything set them an example by doing what is good.” Similarly, Paul tells the young Timothy, “Don’t let anyone look down you you because you are young, but set an example for the believers in speech, in conduct, in love,, in faith and in purity.” (1 Timothy 4:12)

As we can see, setting a good example for those who are watching us goes beyond toddlers copying their parents. But it goes further still. As Christians, we are called to set good examples for those in the world who are looking on, watching to see how we live. Jesus tells those who follow him, “By this everyone will know that you are my disciples, if you love one another.” What a challenge! Would our friends, families, neighbours and colleagues know that we are Christians just from our behaviour? Now that I’ve realised how my daughter studies me when I’m not aware of it, I am pretty certain my answer is no!

Of course, this doesn’t mean that we don’t need to tell people what we believe. Of course we do. Jesus tells us to plenty of times. But what a gauntlet to lay down for us… love being such a mark of discipleship, that if we were to do it well, people would know that we are followers of Jesus. Have you ever met someone, and later discovered that they are a Christian, and though “I wondered if they were?” I think that is along the right lines of what Jesus is getting at.

But we will not do this perfectly, we are sinful, we are selfish and we are shallow in our thinking. But God promises “that he who began a good work in you will carry it on to completion” (Philippians 1:6). We know that if we are walking with him, God will not leave us as we are, but will sanctify us, he will transform us to be more like Jesus. And how do we do that? Paul tells us to “follow my example, as I follow the example of Christ.” (1 Corinthians 11:1).

So it works both ways; we can learn to set a good example by following a good example. We can look to older Christians who are living out their faith well, and speak to them about it. We can look to Christians of the past, like we studied the life of George Whitefield recently (click here to listen to the TalkBack service on this), and be spurred on by their example. But ultimately, as Paul does, we should be looking to Jesus. The more time we spend reading our Bibles and praying, the more we will be transformed to be like Jesus. We all know that we are what we eat, so make sure, spiritually, we are eating the good stuff!

Let us encourage one another to do this too – as we see from Paul’s letters, this change process is done in community. He writes to encourage them, and he speaks of those who have encouraged him on his journey too. Let’s not be disheartened, or try to ‘pull our socks up’, working in isolation to display perfect Christ-like-ness to a watching world. No, let’s love one another – messy, and hard work though it is. This is how the world will know that we are Christ’s disciples.