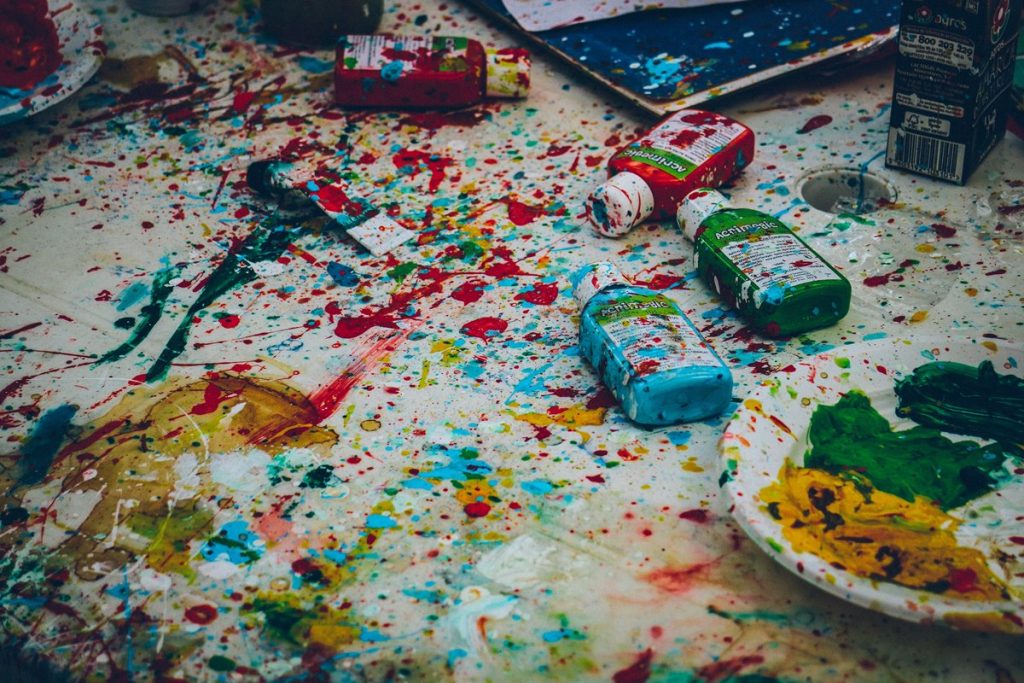 It’s 11:30am, and I’ve finished my housework for the day (thanks to The Organised Mum Method). Fantastic, time to sit down with a cup of tea for ten minutes. So I make a cup of tea and sit on the sofa, next to the baby in his bouncer. But he has done a poo, so I go and change him in the kids’ bedroom, where my two year old sees me and asks for breakfast, somehow forgetting that she has already had breakfast and two snacks. So, baby changed, I go to the bathroom to wash my hands and see the ‘hand wash only’ dressing gown that I had put in the sink to remind me to hand wash it, as it got covered in milk earlier.

I scoop the baby up, put him back in the bouncer, but notice the poo has also gone onto that, so I need to clean that as well. I do that, then put him in it, but he starts crying because he’s remembered that he prefers to be held by me constantly instead of put down. I look for a dummy to appease him, but of course they are all dirty and need to be sterilised. Meanwhile, my two year old comes in asking for yet another snack, and I realise that it’s actually time to make lunch now…

And so it goes on. And that’s just a regular day, when the two year old is behaving quite nicely and the baby isn’t poorly/teething/recovering from immunisations. When I don’t also have to go to work. And some mums have it a lot harder than me. Some have to contend with colicky babies, children with additional needs, more than two children… the list could go on.

This is not to say that mums have a harder time than anybody else, as all jobs are hard work, but I think there’s something particularly soul-destroying about cleaning a room only to have it trashed moments later, about changing a nappy to have it immediately filled again, about finally finishing clearing away from a meal to have your offspring announce that they’re hungry again. It’s relentless. You work hard to cook a lovely meal, and hours later you’re cleaning the results of it out of a potty. I’ve often considered just not feeding my family any more. It would save time, effort and money. Our home would stay much cleaner, and it would make potty training and nappy changes so much easier. But apparently that’s not allowed.

So, what does the Bible say into this situation? There are thousands of things. I could reference Colossians 3:23 and remind us that we are working for God and not human beings. I could talk about the noble calling that is motherhood, how we are raising the future generation of preachers and missionaries. I could remind us that children are a blessing from the Lord, and that we should be grateful for them as many long for children and don’t have them. I could encourage us to remember that God uses all of our experiences to sanctify us. These are all true and worthwhile things to think about, but I don’t want to talk about them now.

I just want to say that being a mum is hard. And at times it does feel completely futile. What’s the point in cleaning when things just get dirty again? What’s the point in brushing your toddler’s hair, when she’ll only scream, and it’ll get tangled again? Why bother? Well, because when God made human beings, he gave us the task of filling the earth and subduing it, and this all falls under that category.

But it’s hard! Yes, and that also is the point. The world isn’t how it was meant to be when God first gave us that command. Adam and Eve sinned and the world fell under a curse making work hard, childbirth painful (am I right?) and relationships sour. The fact that we long for things to be orderly and peaceful speaks of a world we were made for that is not the one we live in now. Remember that next time you step on a piece of Lego. Long for heaven when everything will be right again!

A while back we had a series of sermons on the book of Ecclesiastes, which speaks into this situation. The writer says ” Utterly meaningless! Everything is meaningless! What do people gain from all their labours at which they toil under the sun?” (Ecclesiastes 1:2 – 3). In the book the writer claims that everything is like smoke – it just disappears. And that is true. But, we know that there is a time coming when creation will be restored to how it should be. We know that life without God IS meaningless, but with him is another story.

If this has struck something within you, it might benefit you to re-listen to some of those Ecclesiastes sermons. The link to the first one is here: http://www.cchh.org.uk/ecclesiastes-11-to-11-life-seems-utterly-meaningless/

Oh, and if you’re wondering, my cup of tea went cold, and I still haven’t washed that dressing gown.