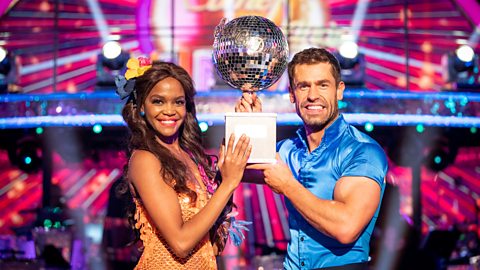 The final of the latest Strictly Come Dancing was seen by an average of 11.3 million people, making it one of the most-watched programmes of 2019. Emmerdale actor Kelvin Fletcher and partner Oti Mabuse topped a public vote to win the BBC One dancing competition.

For me personally, as a Christian, there are some challenges in watching this popular “family” show. There are the costumes, which at times show more than they conceal; then there is the language used to describe the dancing which, along with technical terminology, often includes something about it being “sexy”, “hot” or “sensual”, which presumably means depicting or encouraging sexual activity (what else can it mean?). And the lifestyles of the judges and contestants are generally not the sort of role models we want for ourselves and our families.

But you have to admire the technical excellence of the dancers. As anyone who has ever seen me at a party will know, I am not a great dancer, but I can recognise the skill and athleticism, rhythm and coordination and the sheer effort of the contestants as they practice their intricate moves over and over again. This is so much more than a shuffle from left to right foot; it has real beauty and dignity.

Strictly’s popularity is probably in part down to the dancing but it is more the human drama – that which also compels us to watch sport and reality TV: the hard work, the discussions, the hopes and fears, the disappointment of losing and the elation of winning. We all love a good story and these shows allow us to enter into the emotional life of the participants. Maybe it expresses something of what we feel ourselves, but sometimes it can be simply an escape from the reality of our lives – an emotional connection without commitment on our part.

It is fair to say that dancing has a mixed history in the Bible.

In Exodus 15 Miriam dances to celebrate the salvation and judgment of God at the Red Sea. Later, in 2 Samuel 6, King David “celebrated with all his might” (which included dancing) as the Ark of the Covenant, the sign of God’s presence, was brought back to Jerusalem. It seems to be portrayed as a good response on his part even though his wife thought he was showing off to the slave girls.

Although these examples of dancing were both in the context of worship, it must mean that dancing is not a bad thing in itself.

However, in Exodus 32, while Moses was up on the mountain talking to God, the Israelites built an idol and started dancing around it, which ended up in “revelry” and being “out of control” (possibly meaning they got “naked”). Raves didn’t just start in the 1980s.

Because of the danger that dancing can lead to pagan revelry, many Christians over the years (even before the 1960s introduced more freestyle dance moves), have concluded that dancing is “un-Christian”. Before dismissing this view as just old-fashioned, we have to be realistic. It is naïve to ignore the reality that dancing can stir up desires in us that might lead to sinful thoughts or actions. And some styles of dancing are clearly more likely to do this than others. Because of dancing’s associations with the process of “courtship and mating” it is more fraught with danger than some other hobbies!

Dancing closely with people who are not your spouse, especially in the context of the clubbing culture and its associations with drinking, drug-taking and promiscuity seem to me something a Christian should not be doing.

This doesn’t mean that dancing is wrong in itself, but it does require us to exercise caution.

The best dancing, it seems to me, is in the context of community celebration. In my experience, dancing with a group of friends and family can be a good and innocent thing to do.

There are always dangers in many things we do, but I think it is possible to dance in a way that does not tempt others and does not tempt ourselves. In so doing we may enjoy one of the good things God gives us, and this brings glory to him.

Which just leaves us with one question: Should I enter for Strictly next year…?