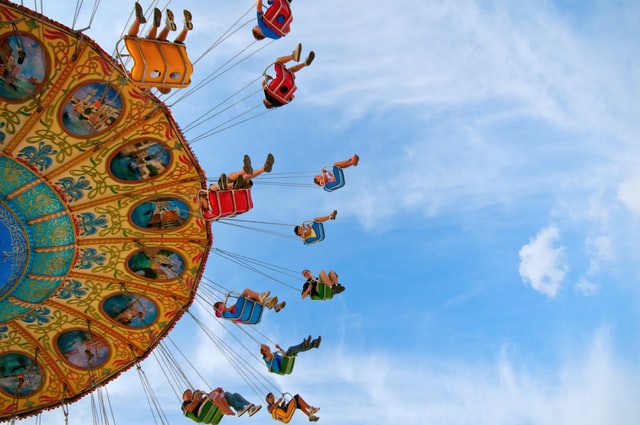 I used this expression to a Christian brother one morning recently when he phoned me at a time when my to-do list was going round my head like clothes in a tumble dryer!  He expressed surprise at my use of the expression.

Reflecting on it a little later in the day, I concluded that as a Christian there is some reasoning behind the expression.  The issues of the world around us press in. In these days of instant communication, one minute we are transported to a scene in Nigeria where a number of Christians have been slaughtered by an extremist group of Muslims. The next minute we are in Afghanistan watching the march of the Taliban as NATO and US troops depart from what was a very fragile peace. Then we have the Euro 2020 final at Wembley marred by violence and of course the racist abuse following the failure of the England team to bring home the winning trophy. The tabloids are awash with Love Island and the televised pursuit of so called love which we know from experience ends in broken relationships and shattered lives as people are scrutinized by all and sundry in Facebook and Instagram and the press.

The government of the day is attempting to please all the people all the time – aiming for a Eutopia which will never come.  In reality, the governments across the world have been shown to be powerless in the face of a pandemic and do not know which way to turn as experts contradict each other and confusion reigns.

The helplessness of the world’s governments in the face of global warming and climate change – conflicting voices again! Confusion.

Working in a Grace Advocacy team brings one face to face with the reality of those whose existence depends on the welfare state and the day to day problems of making financial ends meet.

I could go on and on painting a very negative picture of life in our so called ‘civilised society’ in which violence and hatred pepper our news stories daily in this the 21st century.

I walk often and enjoy the countryside. Frequently, I will listen to a sermon. I have been listening to series of sermons on the last book in the Bible – Revelation.  Having reached the last chapter and right down to the last few verses – we read “ Yes, I am coming soon.”  Amen. Come, Lord Jesus.

I concluded that is what I meant when I said “Stop the world, I want to get off!”  Jesus is coming again and soon. In judgement on those who have rejected Him and continue to do so and in the final act of redemption for those who have put their trust in Him and are looking forward to His coming when He will make all things new!

We know that the whole creation has been groaning as in the pains of childbirth right up to the present time. 23 Not only so, but we ourselves, who have the firstfruits of the Spirit, groan inwardly as we wait eagerly for our adoption to sonship, the redemption of our bodies. (Romans 8)