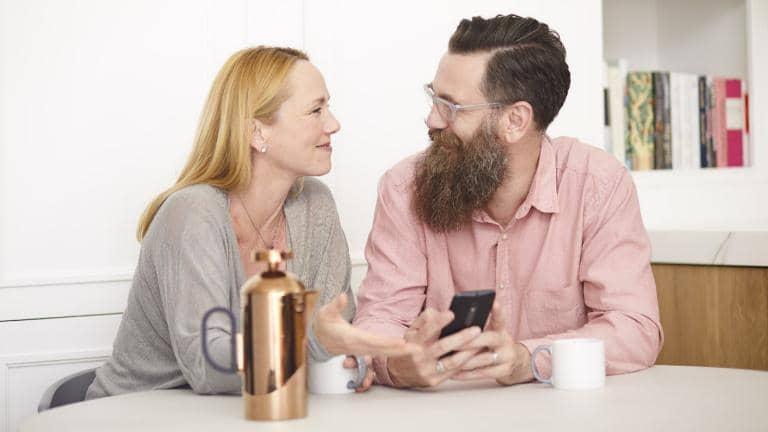 My mum and dad used to have a joint bank account. My father was the only one who put money into it because he was the only one earning after they started having children and my mother took cash out of if for “housekeeping” so she could buy food and provisions for the family. To them the thought of having separate piles of money which belonged to just one of them would not only have been unthinkable but also practically unworkable.

Is that arrangement now a relic of the past?

According to a recent survey by the investment firm Netwealth young women are turning their back on sharing wealth with their partner or husband. The survey of nearly 4,000 British women foundthat 31 per cent of those aged between 16 and 34 opted against sharing financial assets with their partner and 45 per cent declared that this was in order to maintain financial independence.

This is not just a question for women. What about financial independence for men? As a man in a marriage should my money also be just mine to keep and distribute as I see fit? Is financial autonomy for married couples more appropriate for the modern world? By all means have some negotiation about who pays the bills, but after that, there’s my money and there’s your money and never shall the two be joined together in holy matrimony. Is this how things should be?

I suggest that this trend towards financial independence reflects a desire to see marriage (and other permanent living-together arrangements) as two people agreeing for a while to share some of their resources but all the while retaining their essential autonomy.

David Quinn, writing in the Times, says “We now have an extremely individualistic view of marriage. We regard it almost entirely as a vehicle for personal happiness, rather than as something that might be linked to the wider good. Therefore, if either spouse is no longer happy, then it is fine to pull down the whole enterprise no matter what the other spouse thinks and regardless of the effects on any children they may have, never mind the effect on society as a whole of widespread marital breakdown.”

The biblical model sees marriage as a permanent, lifelong partnership in which everything is shared. There may still be practical reasons for having separate bank accounts to make the managing of money easier, but God is calling us to a lifelong commitment of heart, flesh and wallets (physical or electronic) and the joy of earning and spending together as one.

Here’s an interview Graham Nicholls did with UCB about this issue: