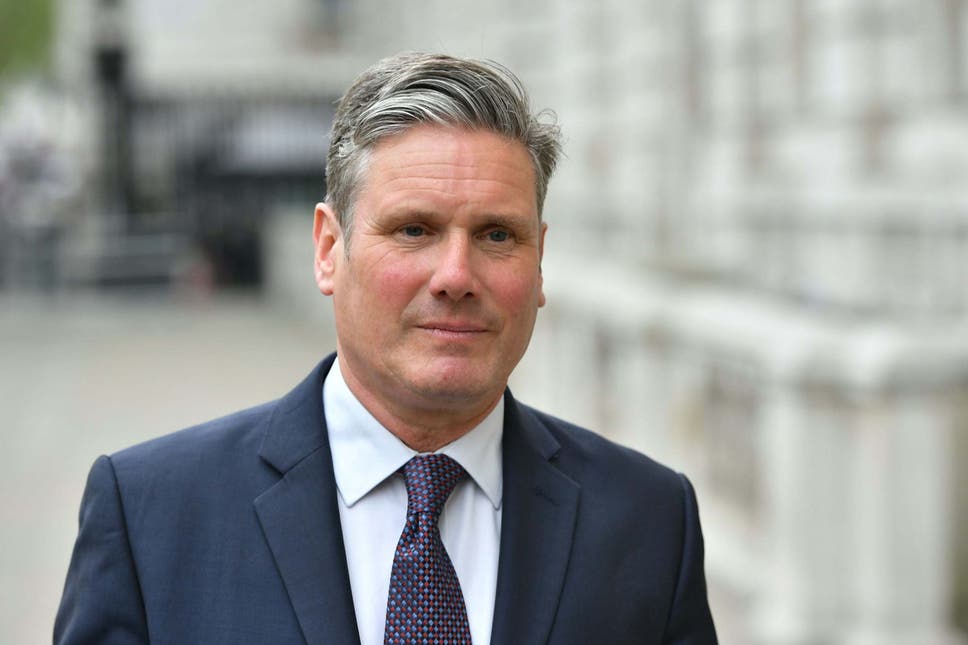 As you probably know, Labour leader Sir Keir Starmer visited Jesus House church in London over the Easter weekend but then apologised for having done so – you can read all about it here. In response I wrote this letter in my role as Director of Affinity which you may be interested to read

I am the Director of Affinity, a network which represents 1,200 churches and agencies across the UK, which connects with over 100,000 Christians. You can read more about us on our website and social media pages.

Firstly, please be assured of our prayer as a network for you and the Labour Party as you play an essential part in our parliamentary democracy during these ongoing times of difficulty. We were delighted to welcome Janet Daby MP to our Affinity council meeting last autumn, when she was able to hear and respond to some of the concerns of the evangelical Christian community at this time.

We are grateful for your leadership in providing a Shadow Faiths Minister to work with the faith communities as a key stakeholder in supporting the most vulnerable in our society. I am aware through an interview which I heard on Premier Christian Radio that a replacement for Janet will be appointed in due course and we look forward as a network to developing a friendship with whoever takes this role.

I also believe it is appropriate to express our concerns on two important issues, which we currently face on the matter of freedom of expression:

1. Your visit to Jesus House church

This Easter you visited Jesus House church and commended them for their excellent work in the community. Although they are not a member of Affinity, we commend the work they do. So we were very surprised in the days following your meeting, that you saw fit to apologise for having done so, citing any offence caused because Jesus House upholds the traditional Christian teaching on marriage. For over two thousand years the Church has defined marriage as a faithful, monogamous relationship between one man and one woman, and all extra-marital sexual practice as sin. This remains the position of every orthodox Christian church to the present day and is the view formally held by the Church of England and many other Christian denominations in the UK .

We are disturbed by the implications of your apology. We fully support your right to hold views and espouse policies on moral issues which differ from traditional Christian teaching and for you to strongly express disagreement with those who think differently. This is understood and part of what it means to live in a liberal democracy. Nevertheless, we are concerned that as the Leader of the Opposition you are effectively saying that you refuse to associate with any person or group that teaches the Bible and further, by implication, that you endorse the view that they are morally beyond the pale.

Regardless of the issue, it would seem that to be a very narrow-minded and limiting posture to refuse to interact with people with whom you may disagree, especially so for a national leader. More importantly, it effectively discriminates against the very many Bible-believing Christians in the UK (and indeed those of other religions who hold similar beliefs) and disrespects their right to hold views on these and other matters

We understand that you and your party support the proposed new law against so-called “conversion therapy” but we would strongly urge you to use your influence to provide safeguards within any new legislation to protect normal church activities such as preaching, prayer, Bible study and conversations between consenting adults about sexual practice and gender identity. The Prime Minister, in responding to Evangelical Alliance, maintained this would be the case, but we would ask you to hold him accountable on this.

Some campaigning organisations would like to make illegal “any form of counselling or persuading someone to change their sexual orientation or behaviour so as to conform with a heteronormative lifestyle or their gender identity”. Recent debates in parliament and media comment have made it clear that efforts to promote or encourage an orthodox approach to marriage and sexuality would likely fall foul of such a ban, and religious settings would be explicitly targeted.

Such legislation would therefore pose a substantial threat to the freedom of Christians to practise everyday aspects of their faith; it puts ministers in jeopardy when they preach an orthodox position on sexuality and church members at risk when they pray for one other. Apparently, even private conversation between friends could come under the scope of this law.

Apart from being virtually impossible to enforce, such a law would discriminate against and be a threat to the religious freedom of Christians and people of other faiths who have sincerely held views on these issues. We also believe it denies the personal liberty of those who freely choose to seek prayer and pastoral support regarding their sexual orientation and desires.

We want to make it clear that we totally reject all forms of physical and emotional abuse, bullying, and any form of forced therapy. We believe that in most cases these things are already covered by existing criminal law and, if not, we support measures to clarify and strengthen legislation.

We trust that we can count on you as Leader of Her Majesty’s Opposition to influence this legislation in a way that will maintain freedom of expression for all people, including Christians.

As a network, we would welcome further consultation on either of these issues with you and other Labour ministers if this is helpful.

Here’s a PDF copy if you wanted to download it