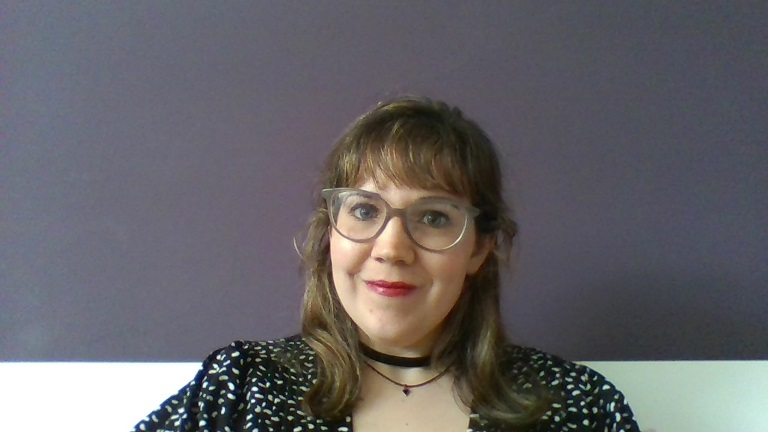 I’m married to Stuart and we have two children, Scarlett and Harvey.

I didn’t grow up in a Christian home, I went to church occasionally as part of the Brownies group I attended, but all I mostly remember was sitting on uncomfortable pews!

I quite liked the idea of there being a God though, and I remember praying from a young age, but I treated him kind of like a genie, someone who was there to grant me wishes.

I didn’t really give God much thought until I was a teenager. I’d had some real struggles with my health and friendship groups, and when I was 16 I went to my first ‘proper’ party. Everybody was getting drunk and behaving badly.  It made me feel very uncomfortable. I started thinking that there must be more to life despite thinking I was pretty sorted – I got “straight A’s”, had a couple of friends, my parents were proud of me – all was going well.

One Saturday, when I was 16, my mum and I were driving past the church near our house, and I said to her “I’d like to start going to church.” Surprisingly she turned to me and said, “I was just thinking the same thing!” So the next day, my mum and I went to our local church. They were so friendly and welcoming that we kept going. I liked being part of something, the feeling of being included in this Church ‘family’.

My dad wasn’t interested in joining us but was fine with my mum and I going along. I think he thought it was a phase that would pass, and also that he was quite pleased his daughter was going to church – instead of partying and experimenting with sex and drugs!

So we kept going, and even went out and bought ourselves some Bibles.

As I read the Bible, the verses really struck a chord with me. It all felt so real. I remember reading the Psalms in particular and feeling struck by David’s emotions – he felt things so deeply and cried out to God from the depths of the pit.

It astounded me that God would include this in his word. The more I read, the more the Bible made sense with what I knew of the world around me. It told me that the world was broken and not how it should be, that people are inherently sinful and that we are far away from God.

But despite that, God came to earth himself – Jesus as a human baby – to rescue us. He took our punishment on himself so that we could be made right with him again. I realised that I wasn’t as good as I thought I was and that I needed to turn to God, accept his forgiveness through Jesus, and be saved. I clung to the promise that Jesus would one day return and make all things new.

I still cling to that! Life has not been easy – there have been many ups and downs since then, but I can genuinely say that it is well with my soul. Since then I went off to university, worked in publishing, got married, had two children, and changed career. I turn again and again to David in the Psalms, crying out when things are hard – they remind me that God is not surprised when we face difficulty – in fact the Bible tells us to expect it – but that there is a time coming when he will wipe away every tear, where there will be no more crying or pain or death. I long for that day! But I long for it with certainty, knowing that because Jesus has already defeated death, I have no need to doubt that that day is coming!

I know that I am still sinful – I certainly haven’t got it all together! I think the straight A student in me still wants to be in control. I often act as if God needs me to run the universe with him… if not for him! But he graciously reminds me that, no, he is in control. And there is huge comfort in that. It is not up to me – God saved me by grace alone, not through anything I could have earned – because I couldn’t have done it! I fall far short of his standards, no matter what my pride would tell me! And in my weakness I know that he works. God uses me to work out his purposes in my and other people’s lives. He doesn’t have to – but he does! What an amazing God that is!