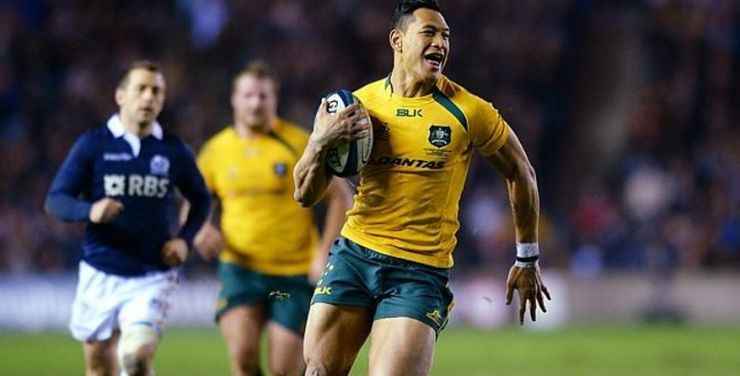 The media has recently been full of the news that Australian rugby superstar Israel Falou has been charged with a high-level code of conduct breach following a controversial post of his on social media.

He tweeted a provocative message that read, “Warning. Drunks, homosexuals, adulterers, liars, fornicators, thieves, atheists, idolaters. Hell awaits you. Repent! Only Jesus saves.”These words are a reasonably faithful paraphrase of what the apostle Paul says in Galatians 5:19-21 and the idea of hell for unrepentant sinners is a biblical concept. But it is the inclusion of homosexuality in the list, considered by many people to be a given identity not a behavioural choice, that has provoked such a storm of protest, such that he is likely to lose his contract to play rugby union for Australia.

There has been pretty much universal condemnation of Falou’s tweet. There might have been an occasional nod to the concept of free speech but the overwhelming assumption has been that to condemn a group of people based on their sexuality is unacceptable. In the interviews and articles I have heard and seen there has been no balancing opinions, just a variety of sporting or social commentators decrying, pitying and patronising Falou as backward in his thinking and needing punishment or education to put him right.

Even though what Falou posted may be biblically faithful, it could be argued that he lacked wisdom to do so, knowing as he must the sensitivities on this issue. I am not saying he was wrong, but I would suggest we have to be immensely careful when deciding whether and how to speak on these matters. In the aftermath, there has been little or no debate on the subject of hell, or salvation through Jesus and no discussion on whether sin as a meaningful category even exists. Much of the western world has so many presuppositions that will read this kind of tweet in a particular way and we have to recognise this; it is desperately sad, but this is where we are. So, while we should never distort or deny biblical teaching for our own convenience, or as the means to an end, we do need to use the wisdom God has given us.

The problem is made worse by the medium used; Twitter is not a good forum for discussing controversial and sensitive topics. As Carl Trueman writes, “It barely provides enough space to adjudicate the respective virtues of hamburgers from McDonald’s or Burger King, let alone allow for significant discussion of the nature of personhood and sexuality.”

We also have to accept as Christians that, whether we tweet about it or not, it may soon be the case that to hold a biblical view on sex and sexuality will mean being unable to hold on to a job in any form of public life, including sports or media presenting. For some of us, this may be the cost of following Jesus, as we gladly take up our cross and follow in our Saviour’s footsteps.