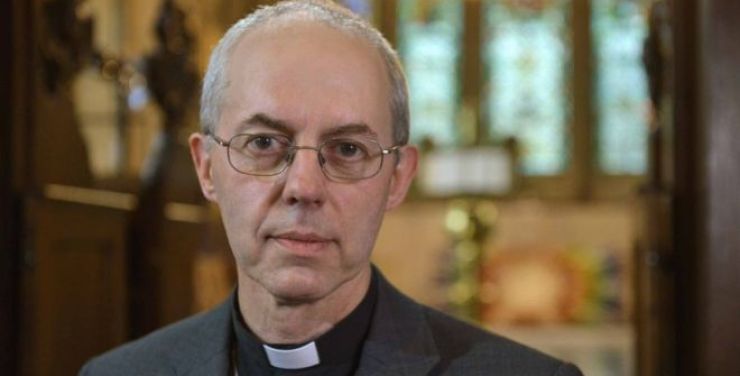 God should not be referred to using gender terms, according to the Archbishop of Canterbury. At an event on Monday evening this week the Archbishop told an audience at St Martin-in-the Fields in Trafalgar Square that no gender word would be appropriate. He said: “All human language about God is inadequate and to some degree metaphorical.”

Diarmaid MacCulloch, a professor of Christian history, told the Times, “the reason God has been seen as male is simply the patriarchal assumptions of those societies… They reached for male terms as the people with power in that Greco-Roman world were male, so we use words like lord and king. The world is now different and we have to show that our view of God is wider than that and not get stuck with archaic terms.”

To an extent we could agree with the Archbishop; the Bible is clear on the subject – God the Father is neither male nor female in biological terms. The Bible uses analogous language to help us understand his attributes but God is beyond our gender definitions. In particular, God the Father is not “human” in that sense. Human descriptions help our understanding, but they should never reduce our view of God into merely human terms.

But this does not mean we dump the male terms used by God about himself throughout the Bible. They are there for a purpose. As Father and husband, God’s gender terms matter. He is not our mother – he is our Father. God the Son is not the wife of the church – he is the husband.

The reason for retaining male descriptions of God is not to hold onto an unwarranted patriarchy, but to acknowledge that the Bible reveals God to us in male terms and, in the case of the first Person of the Trinity, as Father.

It is not that God is like a father; he is the Father – he defines fatherhood. And he made human fathers and he gives us the example of good fathers so we can understand the kind of secure relationship of love and protection he offers to us in himself. Yes, he has motherly attributes too, and he is not constrained by the biological limitations of gender. But God is never given a feminine name, nor referred to using feminine pronouns.

God the Son is not the biological descendant of God the Father, although he does relate to the Father as the perfect Son, and he really was born as a male human being, not a female – and certainly not an androgynous “it”.

The desire to de-gender God, especially by those who do not really accept the Bible’s teaching, is not prompted by a desire for theological accuracy but by a desire to blur human gender distinctions and to signal our equality and diversity credentials.

As Christians we believe that in the beginning God made a world of diverse creatures – including human beings – male and female. We recognise and embrace gender distinctions as something objectively true, but also something good and helpful for society, for family life and for finding our way in the world. We believe it is demeaning, reductionist and dangerous to flatten those differences.

Our true equality and diversity as humans do not come from bending God into our shape but by accepting his authority to define himself as he wishes – and then by accepting the invitation he gives to us all, male and female, made in his image, to become part of his family and come under the loving rule of the man, Christ Jesus.