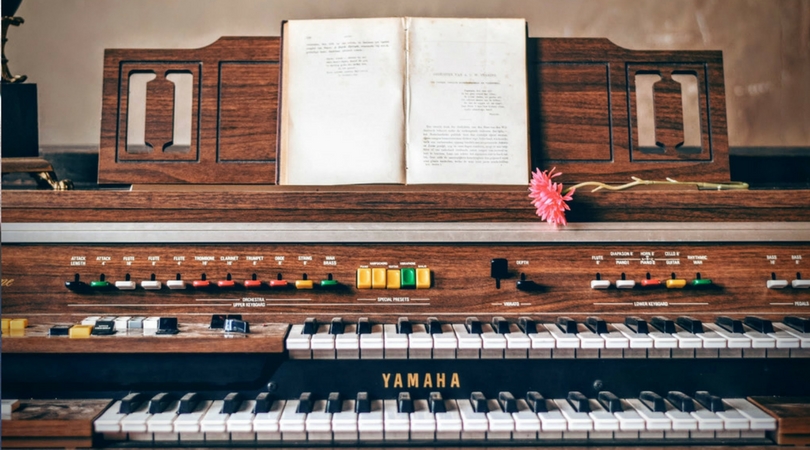 Today, in an age when some might lament the demise of the church organ and its replacement with a band of musicians, it appears, from reading Thomas Hardy’s words below, that things have simply come full circle. There is nothing new under the sun!

There are many topics discussed in classical novels which help us to understand our Christian heritage and which are relevant to us today. One relevant topic being ‘worship wars’, and the thinking that one instrument might have a more spiritual quality than another.

What about Hardy’s words in the preface to his novel Under the Greenwood Tree. When discussing the use of musical instruments in church worship, Thomas Hardy says that he will aim to describe “the personages, ways, and customs which were common among such orchestral bodies in the villages of fifty or sixty years ago” (i.e. the 1850’s).

He then goes on to lament the replacement of a large band of folk musicians in the church by a solitary organ player.

He says “One is inclined to regret the displacement of these ecclesiastical bandsmen by an isolated organist or harmonium player. Despite certain advantages… the change has tended to stultify the professed aims of the clergy, its direct result being to curtail and extinguish the interest of parishioners in church doings.“

“Under the old plan, from six to ten … players… were officially occupied with the Sunday routine, and concerned in trying their best to make it an artistic outcome of the combined musical taste of the congregation.”

The zest of these bygone instrumentalists must have been keen … to take them, as it did, on foot every Sunday after a toilsome week, through all weathers, to the church, which often lay at a distance from their homes.”

And so, in his novel, he expresses the discontent of those whose services have been dispensed with. One musician says:

“People don’t care much about us now!  Barrel-organs, and the things next door to ’em that you blow wi’ your foot, have come in terribly of late years. “

The pipe organ is not something that has been around forever but is a relatively recent innovation and interestingly Hardy felt that its introduction had the effect of stifling the exercise of God-given musical talent.

This begs the question, are our musical preferences mostly a matter of taste or what we have got used to?

Whatever the answer to that question is, we need to focus on the truly spiritual aspects. Our songs ought to be theologically rich, encouraging the congregation to join in and sing heartily to the praise of our God.