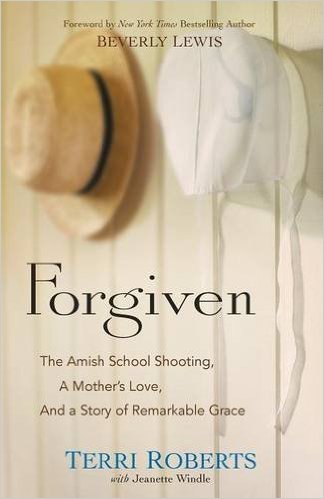 Last week’s One Love Manchester Concert held at the Old Trafford cricket ground in front of 50,000 mainly young people, was a real eye-opener for me. Firstly I had misjudged Ariana Grande as an air-headed pop-idol for teenage girls.

But I was wrong – she seemed to have a genuine heart for those who had lost loved ones and was clearly the star of the show – and that was saying something as there were some amazing and moving performances from groups and individuals.

The theme was unity and love but strangely in many of the songs there was also the strong hint that things are not as they should be – for example the Black Eyed Peas singing:

‘It just ain’t the same, old ways have changed
New days are strange, is the world insane?
If love and peace are so strong
Why are there pieces of love that don’t belong?
Nations droppin’ bombs
Chemical gasses fillin’ lungs of little ones
With ongoin’ sufferin’ as the youth die young
So ask yourself is the lovin’ really gone’
Another example is Miley Cyrus sang her new song ‘Inspired’ which includes the words ….

How can we escape, all the fear, all the hate?
Is anyone watching us down here?

It’s all very well asking the questions but what’s the answer?
The songs were asking good questions. The World wants love and unity. It wants love to win and an end to hatred and violence – it’s in our DNA as humans and when tragedy strikes we are made to feel our frailty and vulnerability. We want to reach out to others to feel that we are part of something bigger, greater and grander than ‘our claustrophobic little kingdom of self’. It seems that in spite of the desire for love and unity there is a shortfall of it.

Can we find it in ourselves, in our world, in pulling together?

Katy Perry recently said this as she received an award ‘They were the most free, strong, kind and inclusive people I have ever met. They stimulated my mind, and they filled my heart with joy, and they danced with joy while doing it.’ Sadly she is not talking about her home church (which she has largely turned away from) but the LGBTQ+ community that was giving her the award.

The love is found in the church
In the book of Philippians which we are studying Sunday evenings Paul is writing from a Roman prison to a church he loves, to encourage them to be united in their love for Christ and for one another.

It is Paul’s contention that the local church (that’s you and me by the way) should be the place where love and unity are seen. He tells the church at Philippi that they that filled his heart with joy as he was thankful for their love and unity. And it was his constant prayer for them that ‘their love may abound more and more in knowledge and depth of insight’.

We, the church, should be an attractive community of people as we demonstrate to the world Christ-like humility and Christ-like self giving  as we do nothing out of ‘selfish ambition or vain conceit’. We should be the answer to the question ‘Where is the love?’.

The love is ultimately found in Jesus Christ
You might think this is a tall order and how can we do this? Well, for a start why not come along on Sunday evenings over the next few weeks to see how Paul unpacks how we are to grow more like Christ?

The answer to the question ‘Where is the love?2 is supremely seen in Jesus, the love of God, sent to earth, sacrificed for his people, spectacularly demonstrating love for us at the Cross providing forgiveness we do not deserve, the example we can follow and the motivation we need. Christ’s incarnation, humble life and painful and shameful death on the cross are a stimulus for us to follow in his pattern and ‘become like him in his death’ as well as live in the power of his resurrection (Phil 3 vs 10).