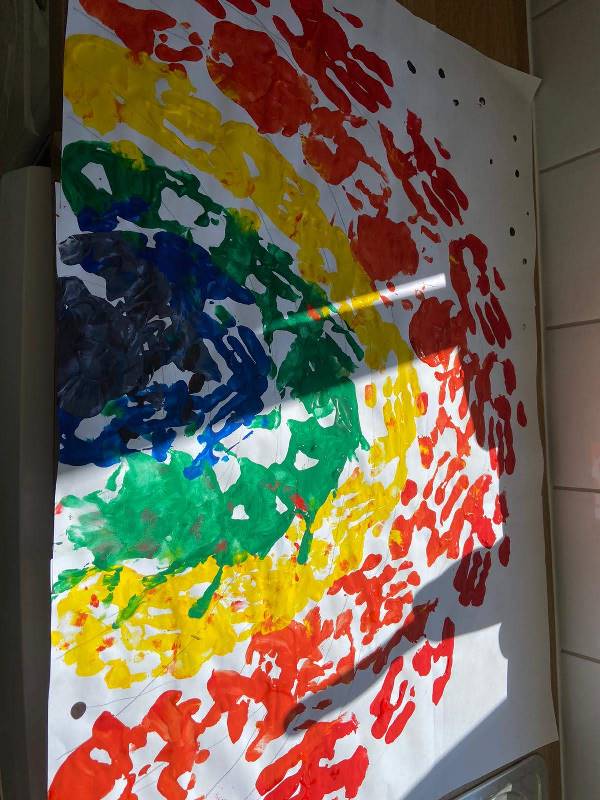 This article deals with some of the important ways of thinking underpinning identity politics.

We want to make clear for anyone reading this who is not sure about their gender identity that you are most welcome at any of our meetings.

Come as you are and we will treat you with love and respect and we want you to feel free to talk to us about what you are feeling.

When I started work in the health service around 1970, I met a man on work experience in the pathology department who worked with us for about 6 weeks in the Summer and then went back to college. The following Summer he appeared again but this time we had to use a female name – this person was changing what would eventually become known as gender identity. Mark had become Brenda.  Some fifty years later this story is becoming more common and there are specialist clinics available for the support of those who wish to “transition” their identity and possibly alter their body using hormone therapy and plastic surgery to achieve their goal.  And so the “TRANS” issue is in the headlines almost daily with more and more confusion.  This confusion was  highlighted recently when a hospital set out a policy where the glossary of maternity ward terminology has been amended   for fear of offending the trans community. So “breastfeeding” should now be referred to as “chest feeding”, a pregnant woman should be called a “pregnant person”, maternity services are now “perinatal services” and so on.

How should we as Christians react to this wave of confusion?

Firstly we need to understand the issue. At the heart of it, the transgender debate is an issue of truth. Much more so than with the other immoral behaviour which Paul lists below, gender confusion involves to some degree a denial of reality. Truth in the trans gender community is “defined by me” as to who “I” am – not defined by biology and certainly not by God. To understand the issue,  we must realise that self-defined identity is the primary reference point for people in that community.

A journalist in a mainstream newspaper recently published a column where even she is baffled by this denial of reality. But Paul writing to the Christians in Rome in the first century had no such confusion. He explains:

For the wrath of God is revealed from heaven against all ungodliness and unrighteousness of men, who by their unrighteousness suppress the truth. For what can be known about God is plain to them, because God has shown it to them. For his invisible attributes, namely, his eternal power and divine nature, have been clearly perceived, ever since the creation of the world, in the things that have been made. So they are without excuse. For although they knew God, they did not honour him as God or give thanks to him, but they became futile in their thinking, and their foolish hearts were darkened. Claiming to be wise, they became fools, and exchanged the glory of the immortal God for images resembling mortal man and birds and animals and creeping things.

This confusion is part of the wrath of God being revealed as people suppress the truth – the truth about creation and the created order and the result is God’s judgement now.  Paul continues –

Therefore God gave them up in the lusts of their hearts to impurity, to the dishonouring of their bodies among themselves,  because they exchanged the truth about God for a lie and worshiped and served the creature rather than the Creator, who is blessed forever! Amen.  For this reason God gave them up to dishonourable passions. For their women exchanged natural relations for those that are contrary to nature; and the men likewise gave up natural relations with women and were consumed with passion for one another, men committing shameless acts with men and receiving in themselves the due penalty for their error. And since they did not see fit to acknowledge God, God gave them up to a debased mind to do what ought not to be done.

Ignoring God, His created order and His commands results in Him giving people over to what we see in our society, more and more confusion over sexuality, homosexuality, lesbianism and transgenderism. But that is not the end of the list – it goes on as Paul continues –

They were filled with all manner of unrighteousness, evil, covetousness, malice. They are full of envy, murder, strife, deceit, maliciousness. They are gossips, slanderers, haters of God, insolent, haughty, boastful, inventors of evil, disobedient to parents, foolish, faithless, heartless, ruthless.

So should we be surprised at the state of our society today?  As God has been inexorably pushed from the public square, we see the results in a more and more broken society, a more confused society, which is in a downward spiral of depravity.

How should we respond as Christians?  The message is unchanging since it was given by Jesus as he began to preach some 2000 years ago.

Jesus came into Galilee, proclaiming the gospel of God, and saying, “The time is fulfilled, and the kingdom of God is at hand; repent and believe in the gospel.”

We can see the results of God’s judgement now in our broken society but there is a greater judgement to come when God will deal finally with the rebellion against Him and His created order and the punishment will be eternal.

Do we speak from a position of superiority – I would hope not. When we realise we once walked in the same footsteps.  We were dead , as steeped in sin and depravity as the un-believer.  It is ONLY by the grace and mercy of God that He has rescued us from judgement – we who once were dead and also “children of wrath”, have been brought back to life and are now safe in Jesus.

And you were dead in the trespasses and sins in which you once walked, following the course of this world, following the prince of the power of the air, the spirit that is now at work in the sons of disobedience— among whom we all once lived in the passions of our flesh, carrying out the desires of the body and the mind, and were by nature children of wrath, like the rest of mankind.  But God, being rich in mercy, because of the great love with which he loved us, even when we were dead in our trespasses, made us alive together with Christ—by grace you have been saved— and raised us up with him and seated us with him in the heavenly places in Christ Jesus, so that in the coming ages he might show the immeasurable riches of his grace in kindness toward us in Christ Jesus. For by grace you have been saved through faith. And this is not your own doing; it is the gift of God, not a result of works, so that no one may boast.

How should we communicate the beauty of the gospel news to people we find in this state of confusion? There are those in the world who would wave placards at this community telling them they are going to hell! (I am thinking particularly of incidents in the USA!)   That may be a true statement but is it helpful way to communicate the loving message of the gospel of Jesus Christ?  Confrontation is not the approach Jesus used except in the case of the religious leaders and their hypocrisy, where he was absolutely scathing in his words. When we read the gospel stories, we see a compassionate Jesus.  How often we quote John Ch3 vs 16

“For God so loved the world, that he gave his only Son, that whoever believes in him should not perish but have eternal life.”  We stop there! The following verses are very instructive..

“For God did not send his Son into the world to condemn the world, but in order that the world might be saved through him. Whoever believes in him is not condemned, but whoever does not believe is condemned already, because he has not believed in the name of the only Son of God.”

Jesus came to save from ultimate judgement.  His words to the woman caught in adultery in John 8 after her accusers wanting to stone her to death had all slunk away, … “neither do I condemn you, go and sin no more.”

The heart of Jesus is one of compassion. We see it throughout the gospel stories as he mixes with the outcasts and the poor – the marginalised and minority groups of his day.  He weeps over the death of his friend Lazarus – he weeps over the city of Jerusalem as he recalls how they had continually rejected God’s overtures of love.  He heals the sick, the demon possessed and raises the dead.

Tell your story – how you have been saved from ultimate judgement as you have turned to Jesus for forgiveness. You once were like them rejecting Jesus, the way the truth and the life.  Tell how you, since you have experienced the saving grace of God through Jesus, now want to live in the way he asks us to, recognising that he as creator designed us beautifully and biologically as men and women with a purpose; marriage man to woman for the purpose of procreation – that amazing and wonderful expression of love from sexual union bringing children into the world.

People can and do reject that – they reject the creator who made them, they reject the purpose for which they were created and there are serious consequences both now and even more so on judgement day. We need to show respect to all those who reject Jesus whilst weeping in our hearts (and literally) over their condition, and praying that God would have mercy on them and that their eyes would be opened to the truth of the loving gospel message from Jesus. His heart has not changed – his message of love to the world which rejects him is meant for everyone to hear.

Even when there is vitriol and abuse against us and what we believe, we need to remember that Jesus suffered the ultimate rejection and was crucified on a wooden cross in order that we might be saved from judgement to come.

Finally, remember the power of prayer as we recognise our weakness in talking about these challenging topics – pray that the Lord would help you speak truth with gentleness and respect.

Walk in wisdom toward outsiders, making the best use of the time. Let your speech always be gracious, seasoned with salt, so that you may know how you ought to answer each person. (Colossians 4:5,6)