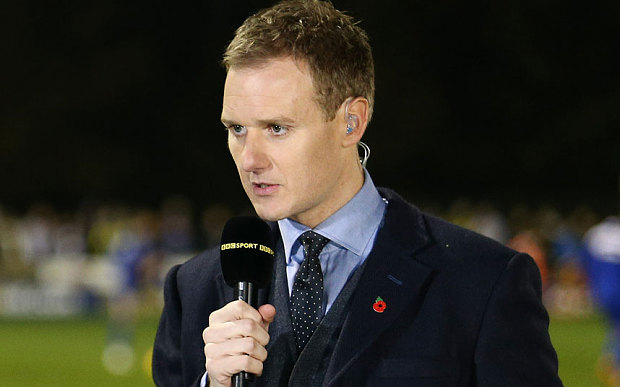 Dan Walker, a Christian who holds the view that God created the world has just landed the job of presenting BBC Breakfast. Watching the reaction in the media including a suggestion that it was an “affront to reason, science and logic and reading comments from the public was very revealing.

Whilst there was some support for Dan being allowed to hold these views and still keep the job, there was pretty much universal agreement from both media commentators and public commenters that such views were intellectually bankrupt and possibly harmful – to believe in a creator is mad and bad.

At the same time, a headteacher was mocked on Twitter after claiming that evolution was “a theory.”

Critics of the headteacher and of Dan Walker would say that evolution is not a theory in the sense of an unproven idea, but a scientific theory that can be tested and demonstrated to be true.

Is that a correct way to describe evolution? I don’t think so.

Evolution is not a theory in the same category as, say, the theory of gravity: We can observe the dropping of objects to the ground or the motion of the planets. however, no one has ever observed an information-increasing change of one type of organism to another. Particles-to-people evolution is an unsubstantiated conjecture – meaning it’s a guess. In fact adding massive amounts of genetic information ‘by accident’ that is novel not only to that population, but to the entire biosphere is totally unproven and highly unlikely.

Operational science has been very successful in understanding the world and has led to many improvements in the quality of life. In fact Genesis 1:28 gives us command and permission to investigate creation. Where the Bible is silent, the only way to find out how His creation works is to experiment, but our interpretation depends to some extent on our worldview. Christians stand by God’s revelation as the defining narrative by which you interpret fossils, rocks and noises in the solar system.

Evolution as a complete explanation of everything is often driven by a materialist agenda that excludes God. This is a philosophical assumption from outside science. For the last few generations most of us have been indoctrinated with evolution as the defining narrative for interpreting all scientific discoveries as if there were no other options.

I’m not saying Christians do not, or should not believe the earth is old or that God used evolution. But they are bound to interpret God’s book of creation in the light of God’s book of revelation.

But even without revelation does the creation point clearly to an old evolving universe? Do we have to accept the evolution model? Many people you live with or work with would say “evolution over billions of years is a proven fact.” I wonder what reasons they have?

Perhaps they might tell you that “the fossil record proves it”. Charles Darwin predicted that the fossil record would show numerous transitional fossils. 150 years later, all we have are a handful of disputable examples. The sequence in the fossil record can be readily explained by the global flood at the time of Noah. Don’t think that’s a knock out punch for creationists.

Perhaps it’s the Dinosaurs – they lived millions of years ago didn’t they? That’s just an assumption. The abundant number of well preserved dinosaur fossils could quite readily be interpreted as showing relatively modern bones buried and preserved in a global catastrophe (i.e the flood). Ancient writings including the Bible refer to such large creatures. They seemed to become extinct some time after the flood, as did many creatures. The dating of fossils and rocks is a highly subjective and disputable area.

Some might say that natural selection is obvious but no creationist denies that creatures adapt to their environment. The question is whether this adaptation can jump boundaries of “kinds of things” – from a bird to a mammal. Mutations can give some advantage occasionally but the process never adds new information. Mathematically, it is inconceivable that anything as complex as a protein, let alone a living cell or a human, could spring up by chance. Living things have fantastically intricate features—at the anatomical, cellular and molecular level— that could not function if they were any less complex or sophisticated. It is far more likely that they are the products of intelligent design, not evolution.

But in the end it’s not about the creationists arguments being better than the evolutionary ones (although I believe they are). It’s about who you trust.

Interestingly, perhaps tellingly, God doesn’t really enter into this debate. He just says things like this:

I’d rather trust someone who was there.

Written by Graham Nicholls using some excellent material on the creation.com website.