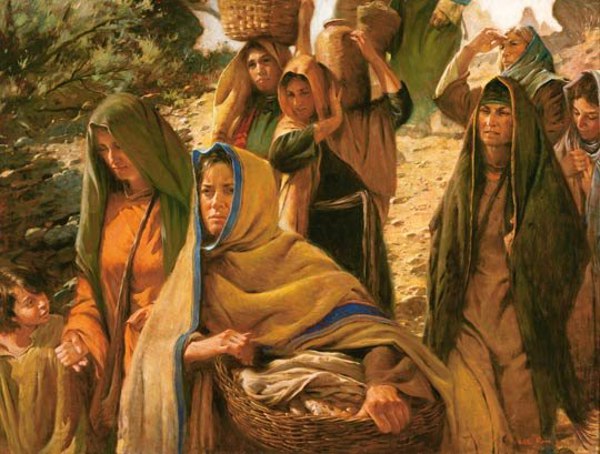 According to a new documentary Jesus’s Female Disciples: The New Evidence, to be broadcast on Channel 4 on April 8, Bible scholars Helen Bond and Joan Taylor say that Jesus Christ may have had as many female disciples as male followers.

Although we are grateful for any programme that publicises the gospel story, Christians will find this apparently shocking news remarkably uncontroversial.

Even though there is the danger that we view history through our contemporary cultural lens, it may actually be true that Emperor Constantine wanted a ‘manly, militant, masculine Christianity’. It may also be correct that at various times in history the number and importance of women disciples has been underestimated.

But beyond this, it seems that this programme adds little or nothing to our understanding of the role of women that is not already there for all to see in the Bible.

The New Testament, whilst being clear on the differences between the sexes, has a universally positive view of the role of women in the early church. From Scripture we know that women and men are created in God’s image and, as Christians, have equal status as children of God. As many preachers over the Easter weekend have been at great pains to stress, it was women who discovered Jesus’s empty tomb and who were some of the first witnesses of the risen Jesus. Women often supported gospel work practically and financially; they were included in travelling evangelistic missions and were involved in teaching other women in the churches that Paul writes to.

Perhaps most notable of all is Mary, the mother of Jesus. She became part of the group of disciples and, no doubt, told her story to all of them – but especially to John, Matthew, Mark and Luke who went on to write it down for us in the Gospels. She would not have expected people to think anything much of her; she realised her story was just a part of the bigger story: His story – the story of Jesus who really was God’s promised king and Saviour.

We suspect that the motivation of this programme is not to uncover truths that have been suppressed by the Medieval church but to confirm the popular narrative that conservative Christians are misogynistic whose views need to be exposed by modern scholarship.

Whatever may have happened in history, we want to affirm that God calls us all – men, women and children – to believe, speak and live the remarkable message of Jesus – to be disciples.