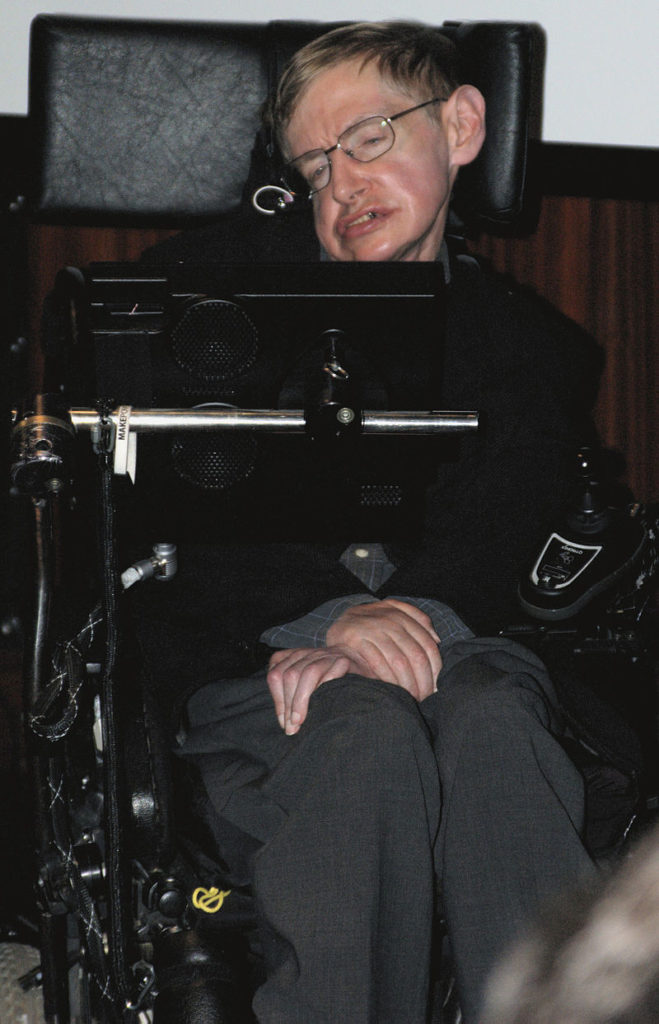 Stephen Hawking didn’t find God because he was looking in the wrong place.

Stephen Hawking died this week aged 76 after an illustrious career as a research scientist and popular writer. He was undoubtedly a brilliant scientist with a stunning intellectual capacity to imagine, analyse and communicate abstract concepts.

The kind of science he was dealing with, applying mathematical theories such as Einstein’s Theory of Relativity to black holes in the universe and at the beginning of time is mind-blowing stuff. For example, if two cars travel in opposite directions at the speed of light (apparently a physical impossibility, by the way), shining a torch from the back window of one car will reach all the way to the other car. I don’t know how; apparently, people like Professor Hawking do. It’s something about the speed of light being a constant!

He had a truly remarkable ability to communicate complex concepts in simple ways, not least because, for most of his life, he had to ‘speak’ via an artificially-created electronic voice. Perhaps this helped him to weigh carefully every word he used (a lesson for all of us).

We can give thanks to God for a human being, made in his image, who helped to fulfil the mandate given to us at creation to rule and subdue, to discover and categorise. Stephen Hawking was especially gifted by God and made a significant contribution to our understanding of the universe.

By the end of his life he declared himself to be an atheist. But I would suggest he neither proved nor disproved the existence of God. As he worked to discover how things worked at the very edge of the observable, around black holes and at the beginning of time and space, he was no closer to God – and no further away.

There were signs for him to see; the sheer vastness of the universe and our relative ignorance should have been an indicator. He once said, “My goal is simple. It is a complete understanding of the universe, why it is as it is and why it exists at all.” He never achieved his goal.

And then there is the remarkable fact of our human nature. Hawking said “We are just an advanced breed of monkeys on a minor planet of a very average star. But we can understand the Universe. That makes us something very special.” Agreed! But why are we special, and why do we have this capacity to understand and curiosity to explore?

There was another sign he should have interpreted: Some of his work provided a mathematical explanation for the singularity, a huge mass at infinitely small space which some scientists believe gave birth to the universe. But all this does is show that space and time had a beginning; Hawking and others have no explanation for the how, or the why, this should be.

We know that “In the beginning, God…” (Genesis 1:1). The singularity was not a compressed, black hole but a Personal Being – a loving, caring, infinitely good, wise and powerful God. He speaks to us, not in a science book but in the Bible; not in obscure words that we need a doctorate to understand but in plain words spoken by God himself, and fully and finally revealed in Jesus Christ, his Son. That is where Stephen Hawking should have been looking.