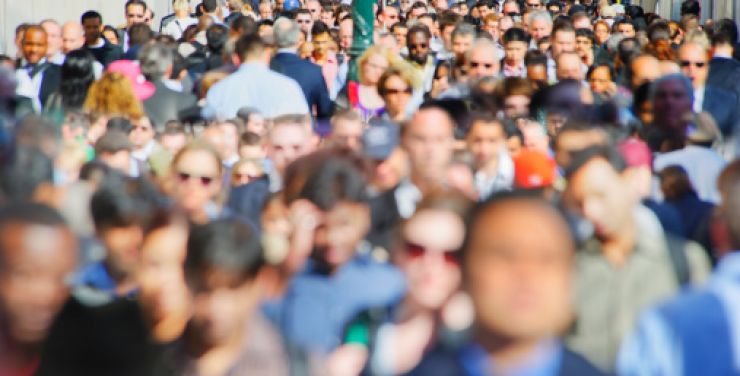 In the most recent British Social Attitudes survey released today just over a third of those people polled describe themselves as Christians. More than half say they do not belong to any religion, the highest percentage since the survey began. Those who consider themselves to be ‘religious’ but are unaffiliated to any particular denomination (such as the Church of England) rose from 3% in 1983 to 13% now. Of the people who claim to have a faith only about 1 in 10 regularly attend a religious service. Also, two thirds of those questioned think religion creates ‘conflict’.

These statistics paint a sobering picture of how, with each succeeding generation, Britain is becoming more secular, as older people with an attachment to the Church of England and other Christian denominations are gradually being replaced by a population of irreligious, unaffiliated younger people.

There may be some debate about the accuracy of any survey of this nature and there are some signs that atheism is actually on the decline and that young people are more open to the gospel than previous generations. But mostly these figures resonate with what we as Christians experience in Britain today. We know that not many people around us are Christians and there is a general suspicion of organised religion, especially amongst the young; our friends and neighbours are mostly apathetic and occasionally hostile to the gospel of the Lord Jesus Christ, whatever their age.

There is no use pretending otherwise. We are a very small minority – actually less than these statistics suggest. It is closer to 5% or less who are Bible-believing, evangelical Christians.

There is a some slight encouragement in that over half of the population (55%) believe in some kind of God or higher power. This is similar to the findings of a survey earlier this which year which found that only 38% do not believe in any sort of God or greater spiritual power. Also, slightly over half are positive in their personal attitude about Christians. But this is probably conditional on Christians keeping their faith out of the public sphere.

When it comes to views about sex and relationships two-thirds now say that sex between two adults of the same sex is “not wrong at all”, an increase of almost 50 percentage points since the question was first asked in 1983. In this area public attitudes and the law itself are now profoundly out of step with the doctrinal position of evangelical Christians.

We are sad for the state of our nation but we do not lose heart. We have to be realistic about the obstacles to the gospel going forward – although half the people believe in God that does not mean they are ready to accept the God of the Bible. We also need to realise our views on a range of topics including science, gender roles and sexuality are at variance with the majority of the population. We do not need to change our views to make life easier as some denominations have done, but we do need to be aware this can be a significant barrier in evangelism and a topic we need to deal with wisely and with great love and sensitivity as we speak the truth.

This is a massive harvest field. There are so many people who need to hear about Jesus. And to gain a hearing we need to be embedded in our communities to embody gospel truth and then also explain it to the majority of the population who do not know it. We need to preach the whole gospel of free grace and the blessing of being part of the Christian community, so it is not simply seen as a lifestyle choice that helps me with some of my problems but is about coming under the lordship of Christ – the best and only true king.

We keep living and telling the gospel because we know it is true. We prayerfully keep declaring the truth because we know it is the power of God to save many people. And even though this report today confidently plots the growing secularisation of successive generations, we know that God can, in a moment, reverse these numbers in way that would confound the rulers and statisticians of this age.

Listen to an interview with Talk Radio