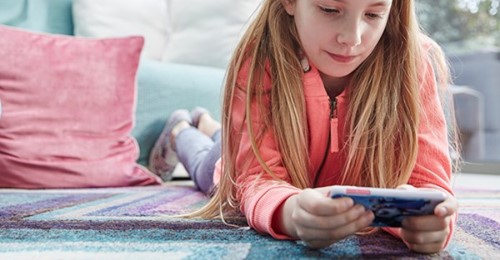 According to an OFSTED report published today, “Sexual harassment, including online sexual abuse, has become ‘normalised’ for children and young people.”

Sharing of nude photos on platforms like WhatsApp and Snapchat has become commonplace in British schools, almost “like a collection game”, and many children now feel pressured into such activity against their will. Around nine in ten girls report that sexist name-calling and receiving unwanted explicit pictures or videos happens “a lot” or “sometimes”.

It is so very sad to hear this and as Christians we want to express our great sympathy for anyone who is being affected by such intimidation and humiliation as well as other behaviours, including actual sexual violence, and to work with parents and teachers seeking to deal with this.

We also fully support the calls today from various organisations for better education on what is acceptable behaviour. Some of this also has to be targeted at parents; there is a whole sub-culture (mostly online) which has been aptly described as like an island that children inhabit on which there are no rules or authority structures – like a modern-day Lord of the Flies. It is parents who have the best opportunity to interact with their children on all of this – to provide help and wisdom to those who do not have the maturity to navigate these destructive pressures.

But we need look at the bigger picture here: What we have done to our society over recent generations – sexual freedom, the “pornification” of advertising and entertainment, and the elevation of our identity as the most important moral standard – has provided the environment in which sexual exploitation thrives.

Is it therefore really any wonder that today’s young people have taken that model as an encouragement to engage in these behaviours? OFSTED Chief inspector Amanda Spielman said she was shocked by the report, but I do not understand why anyone would be surprised. They are only acting out what the culture has already normalised for them, for which they themselves are not to blame.

Christian love is sacrificial and inclusive and it never approves of what God forbids. Christians tell the better story of friendship and love finding romantic and sexual expression in marriage which is ultimately the most fulfilling, safe and happy environment for all adults – and their children.

The Bible also teaches complementary roles for men and women in which boys have a particular responsibility to cherish and protect girls, both in life in general and in marriage in particular. This is the way to be truly masculine.

Maybe we cannot put the lid back on the box with all that has changed in our society over recent years, but we should not give up telling God’s story and praying that as people learn how good and kind Jesus Christ is – and how liberating the life that he calls us to is – they will grow to love in ways that are for their good and for God’s glory.