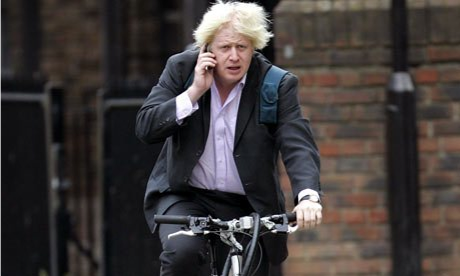 Greetings from Szentendre! Here is some information for my friends on the Globe.

This is Hamar Dávid with some news from Hungary. This letter will hopefully give you an insight into both our family and community life. I would also like to introduce the immigration crisis to you straight from the ground. Therefore this letter will be a bit longer then it was in the past. Normally summer is a time of relaxation, but our church, our family and I have gradually been getting involved in helping the migrants since July. This is definitely an area we need your prayer and help and my intention is to invite you to our dialogue on welcoming a large number of Muslims to our country. 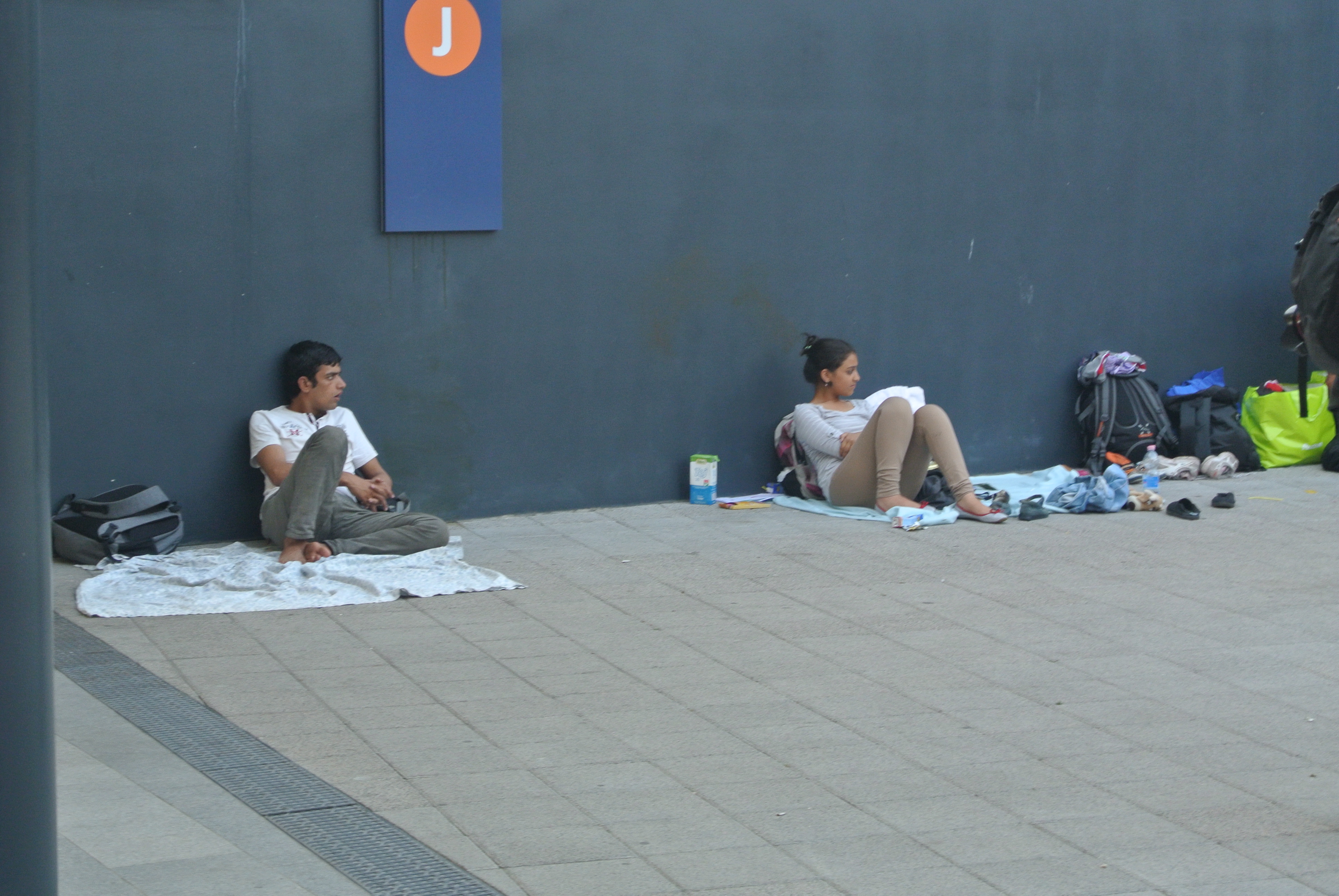 Tranzit Zone at Keleti with teenagers from Syria. 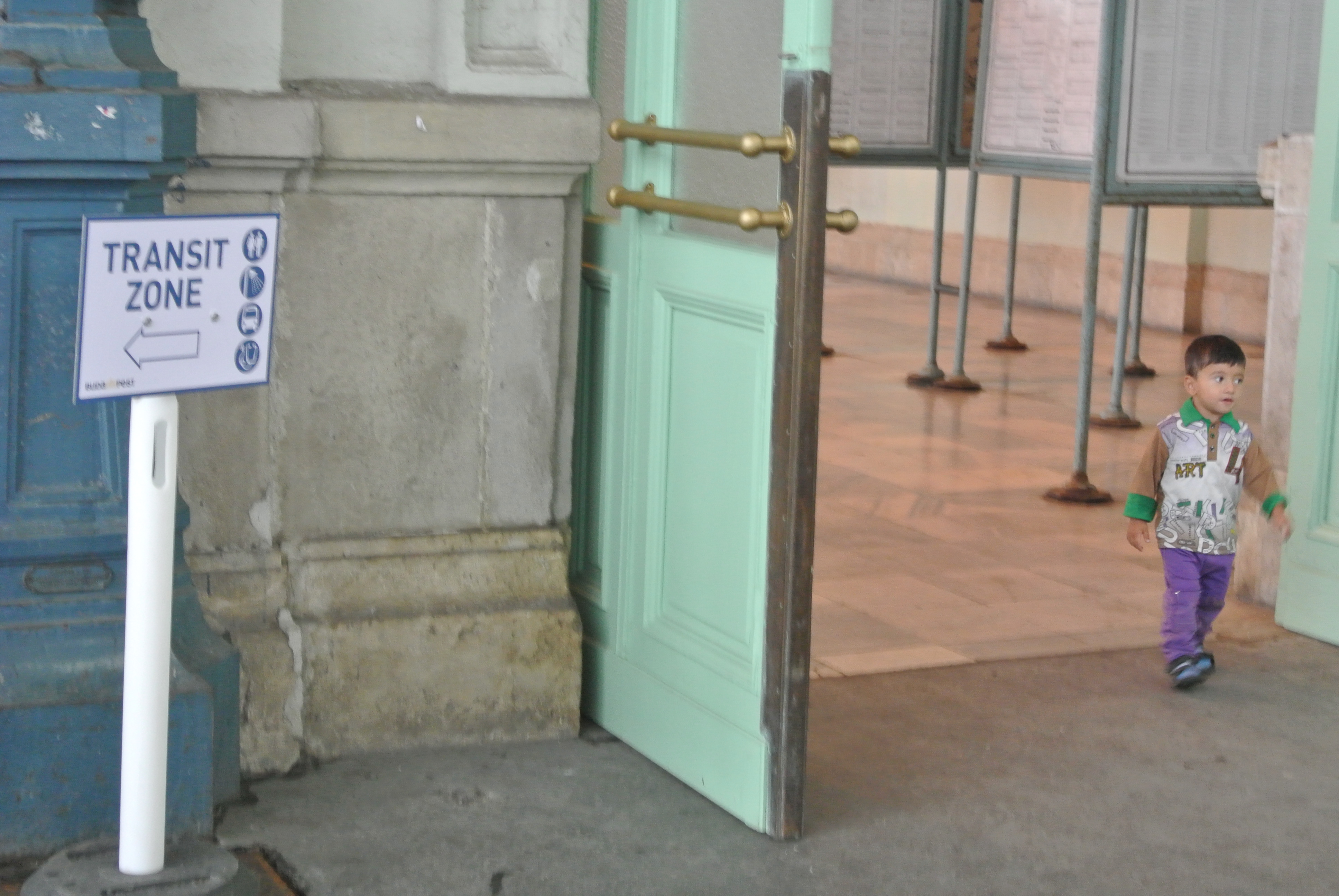 Nyugati Tranzit Zone with a child.

As a family we decided to have a break from ministry in July. That was an extremely precious season to spend quality time with my children and my wife in the countryside. While there we faced the growing crisis of immigration to Europe via Hungary. One day a friend of mine called me to connect a particular secular charity group called Migration Aid (MA). Through them I became involved in the work at Keleti railway station. In August I organized an information day with a leader of MA inviting Christian leaders to the Keleti area in Budapest. From Katalin Simon we learned the basic needs of the migrants, we were informed of the dynamics of arrival and departures of hundreds of people day by day. We understood the way Christian churches and individuals could connect the help of the migrants. And we had an opportunity to meet and talk with these people on the ground. 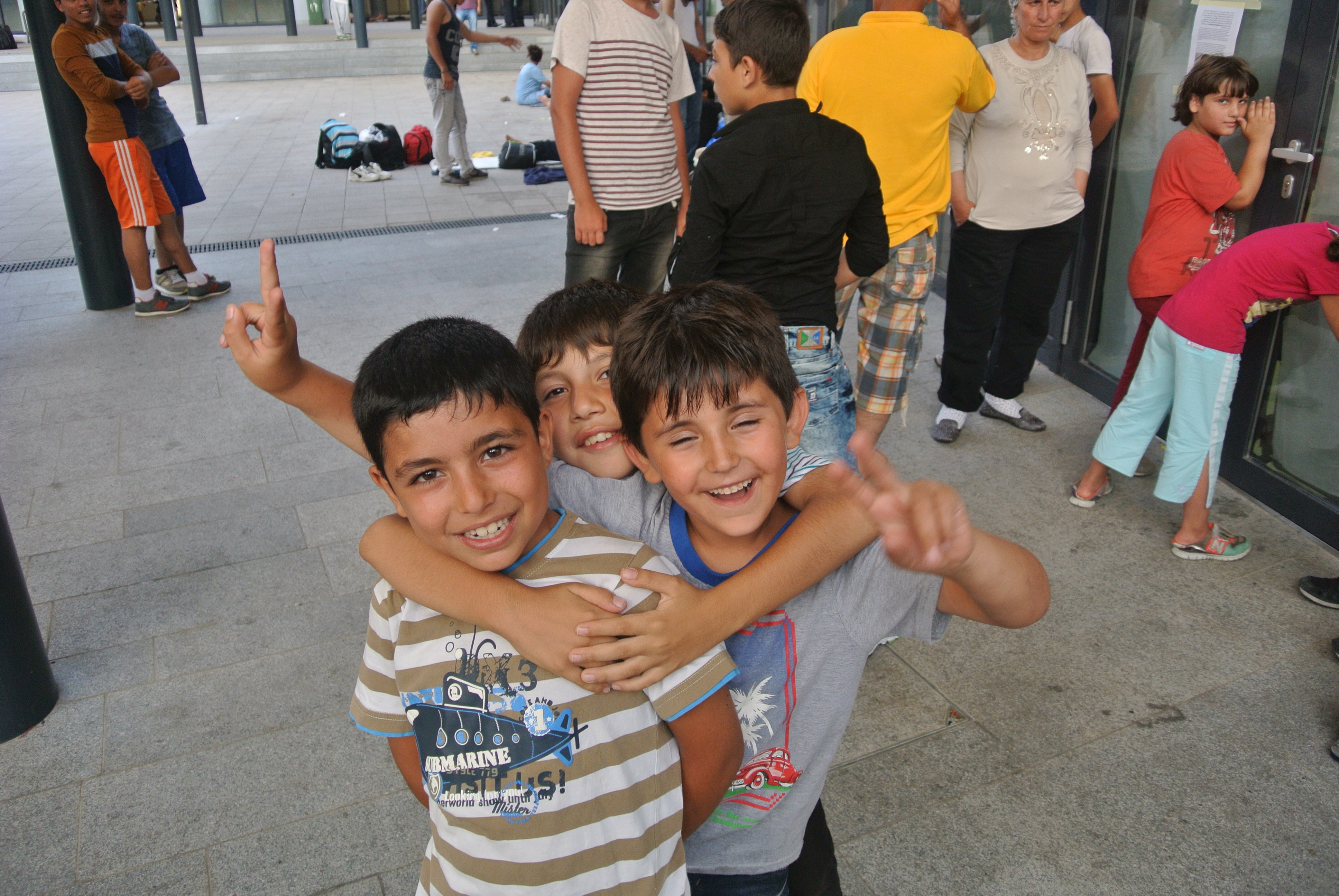 I invite you to pray for the migrants

Please pray for the migrants as they have suffered a lot while reaching Europe. As we visited the „Tranzit Zones” (appointed zones for migrants at railway stations) we met heartbreaking stories. A father told his story of getting a little boat in Turkey for $18,000 of which the engine stoped working while pulling out. Then it started to sink. In order to save the life of the women and children all the male members of the family jumped into the sea and spent their days and nights there. Another family told me, while taking them to a hotel, that their house and city, Aleppo is gone. Nothing remains. Their child was only 11 months old and they spent their last couple of weeks if not months sleeping mainly on the ground. When these people were in my car I suddenly understood why we have to help them. Reality has an undeniably personal level. The relationship to another person, love and mercy do not have any meaning in an institutional context.

The border of Hungary is closed now. My heart is broken. Probably the influx of the migrants will calm down here but the problem is not solved. These people are desperately marching either to Croatia or to Rumania and there is no any sign of a possible solution of the crisis. There is many things to do for the church. 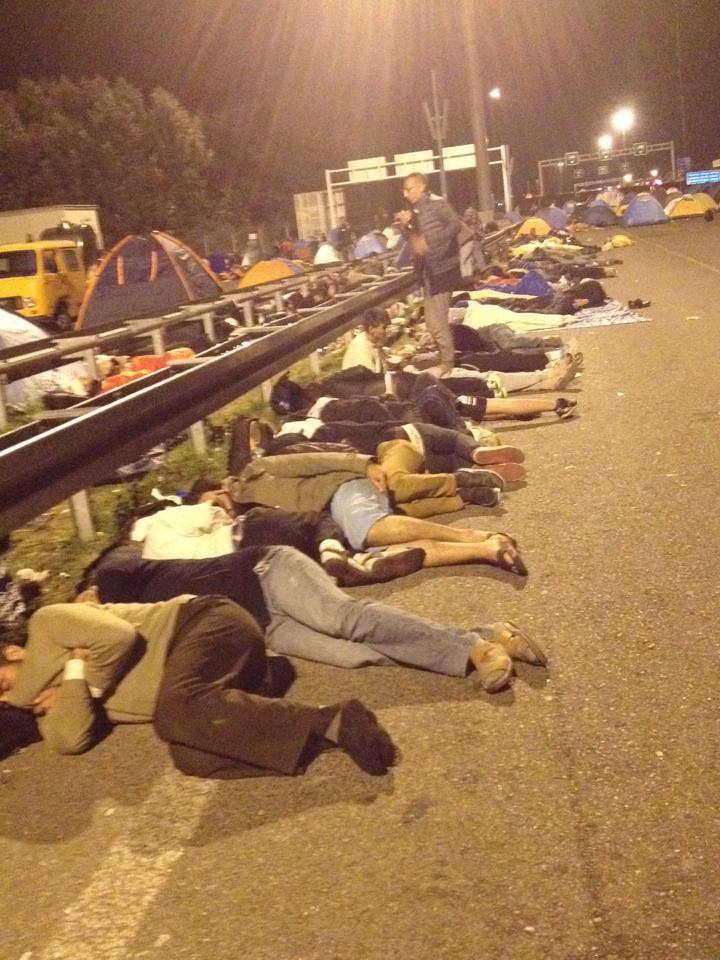 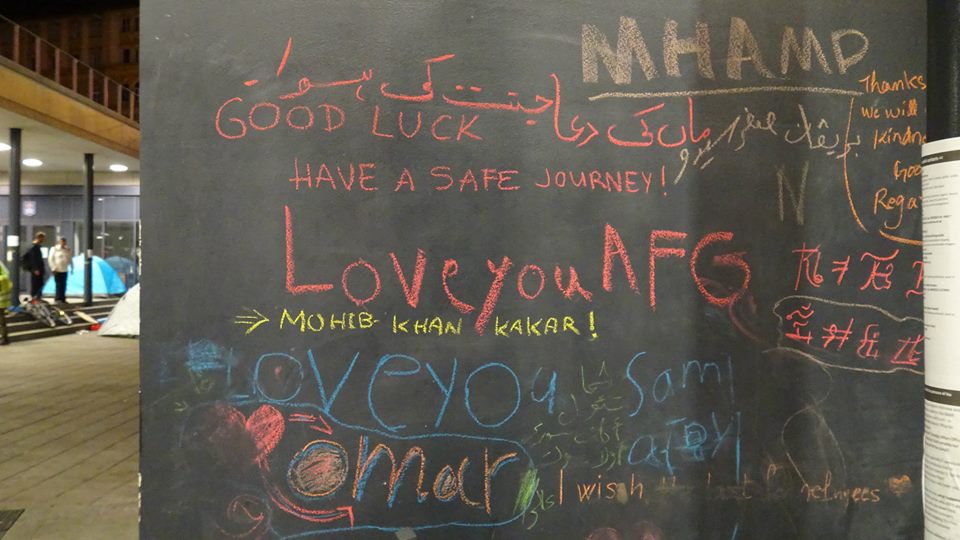 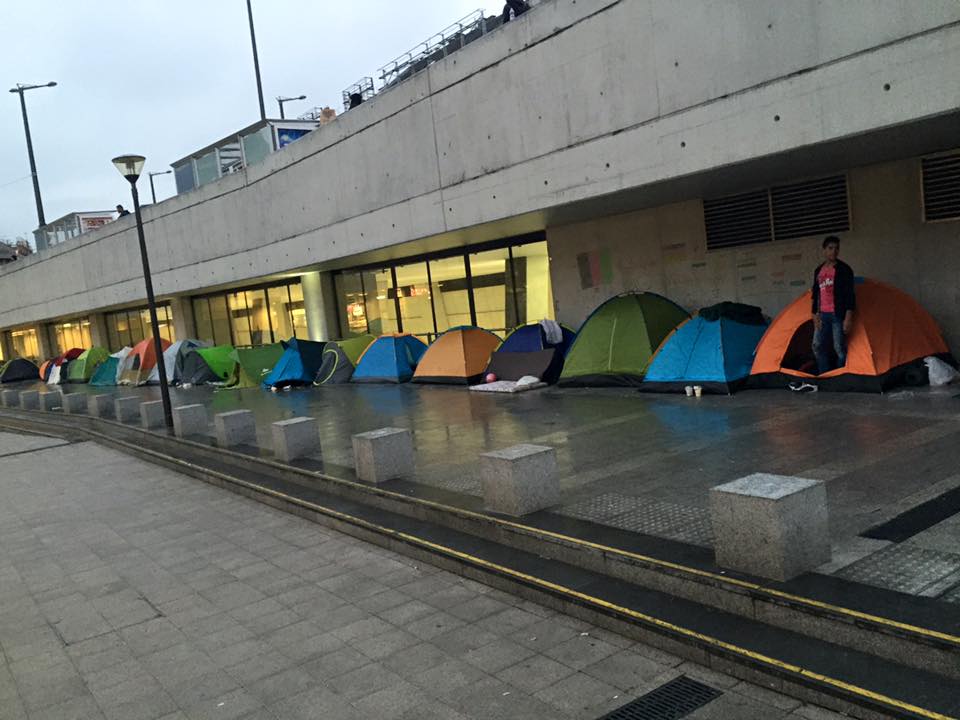 I also call you to pray for these people for they will face cultural shock while in Europe. One time I was talking to a tired Syrian kurdish father. His home was destroyed by ISIS. I told him that it was  sad that radical islamists destroyed whole cities. Suddenly he started to protect Islam saying that any conflict is rooted in the Arabic mindset not Islam. The Qur’an is perfect, he said, and Islam is good. It was an interesting experience to see someone so earnestly and passionately protect the truth and beauty of Islam after fleeing from a Muslim threat. We have to account for the conflict these people are going to meet in their heart while in Europe as well as the conflict they will bring to Europe. Now, for many of them, Germany is the holy land. Tomorrow Europe could be a stumbling block which looks down on and humiliates their precious religion and culture. The Christian view on Islam is not a politically correct one. We have to consider the threat this spiritually and morally lost Europe is facing since Islam in its core is not a religion of peace. Probably many migrants will find their new home in our countries and will live peacefully but there could be many who will experience great insecurity in the following years due to their distorted views of Europe. 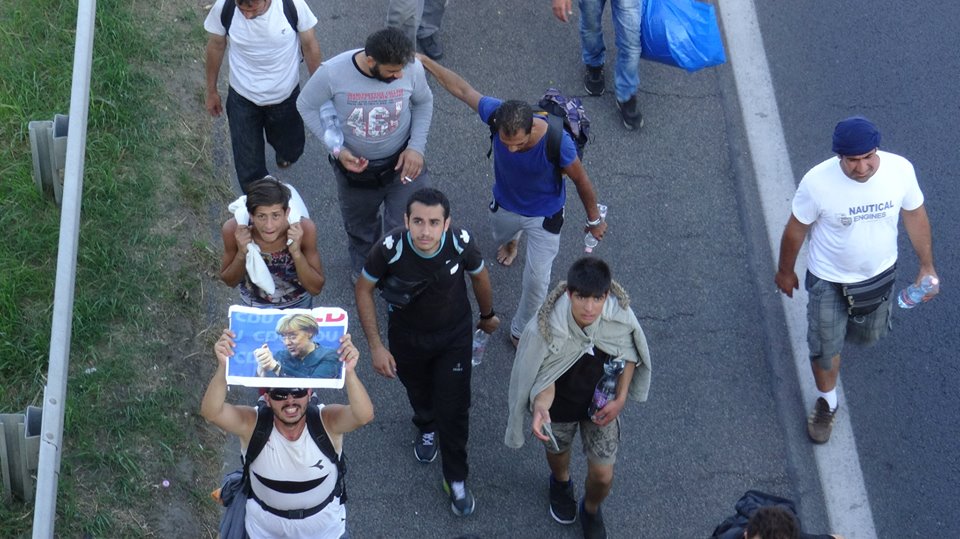 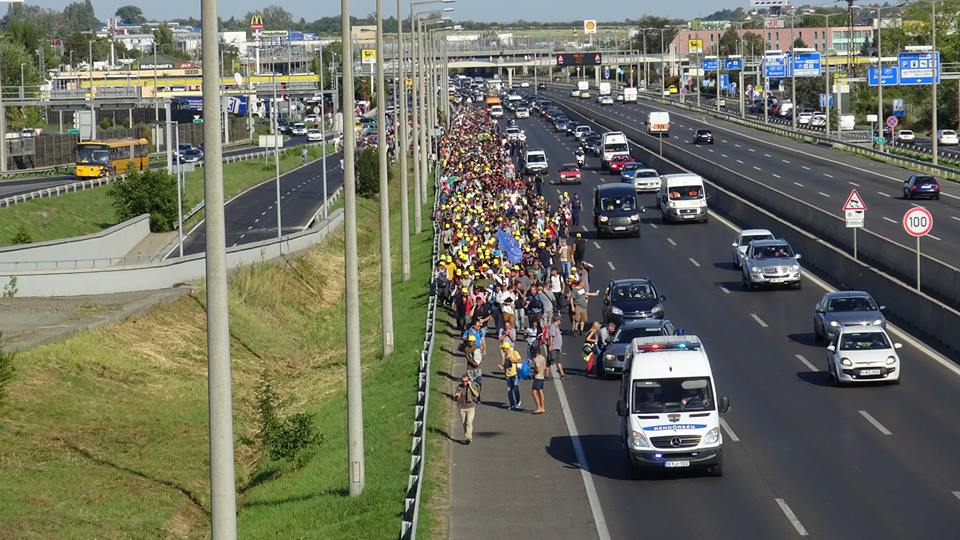 And please pray for the Hungarians

Hungarians also need mercy. Europe calls for unconditional openness to welcome people in great needs and the media is stigmatizing the reluctant people as islamophobic and xenophobic. However, wider society of  Eastern Europe are getting more and more suspicious of any directives coming from the West. Multiculturalism to the Eastern European mind does not only recall a diverse, vibrant, colourful street in London but the closed Muslim communities of Birmingham. In my view, there is a significant cultural difference between the West and the East and this crisis revealed that Europe is deeply divided. Cultural relativism is not helpful in these times for it eliminates the sometimes irreconcilable differences between cultures and worldviews. (If you want to read more about the motivation and mindset of the Hungarians while in the crisis here is a good article:
Hungarians, uncovered)

My responsibility as a pastor and an apologist is to pray, think and talk about the truth, and give direction according to the Bible. In my opinion, different narratives are fighting for the hearts of the Hungarian Christians right now.  Please pray for clarity in the church in Hungary. My prayer is that our thinking and our hearts will not follow the narratives of our cultural/political/ideological preferences but rather the truth of the Bible. This is a real temptation in both sides of Europe. Therefore this is my prayer for you as well. 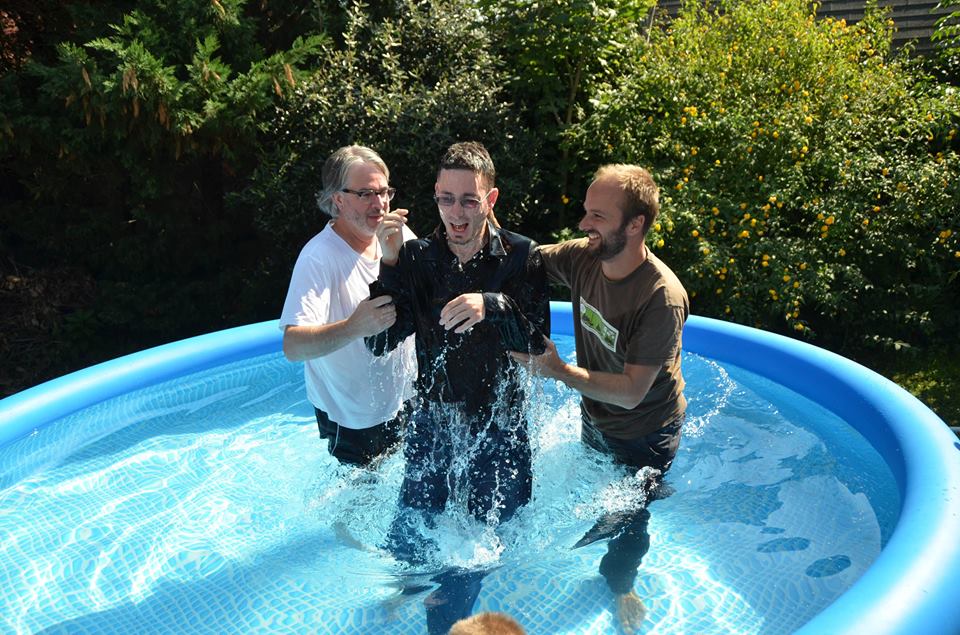 The Bible provides the only remedy for sin and therefore also for cultural conflicts and division – the cross of Christ. In his own body on the cross, he broke down the walls of hostility that separate us! These people may reach Germany but we know that this is neither the end of the story of immigration crisis in Europe nor the end of the journey of the migrants. Please pray with us for the real solution which only can turn the future of the people (migrants and Europeans) on this continent and the Middle East! 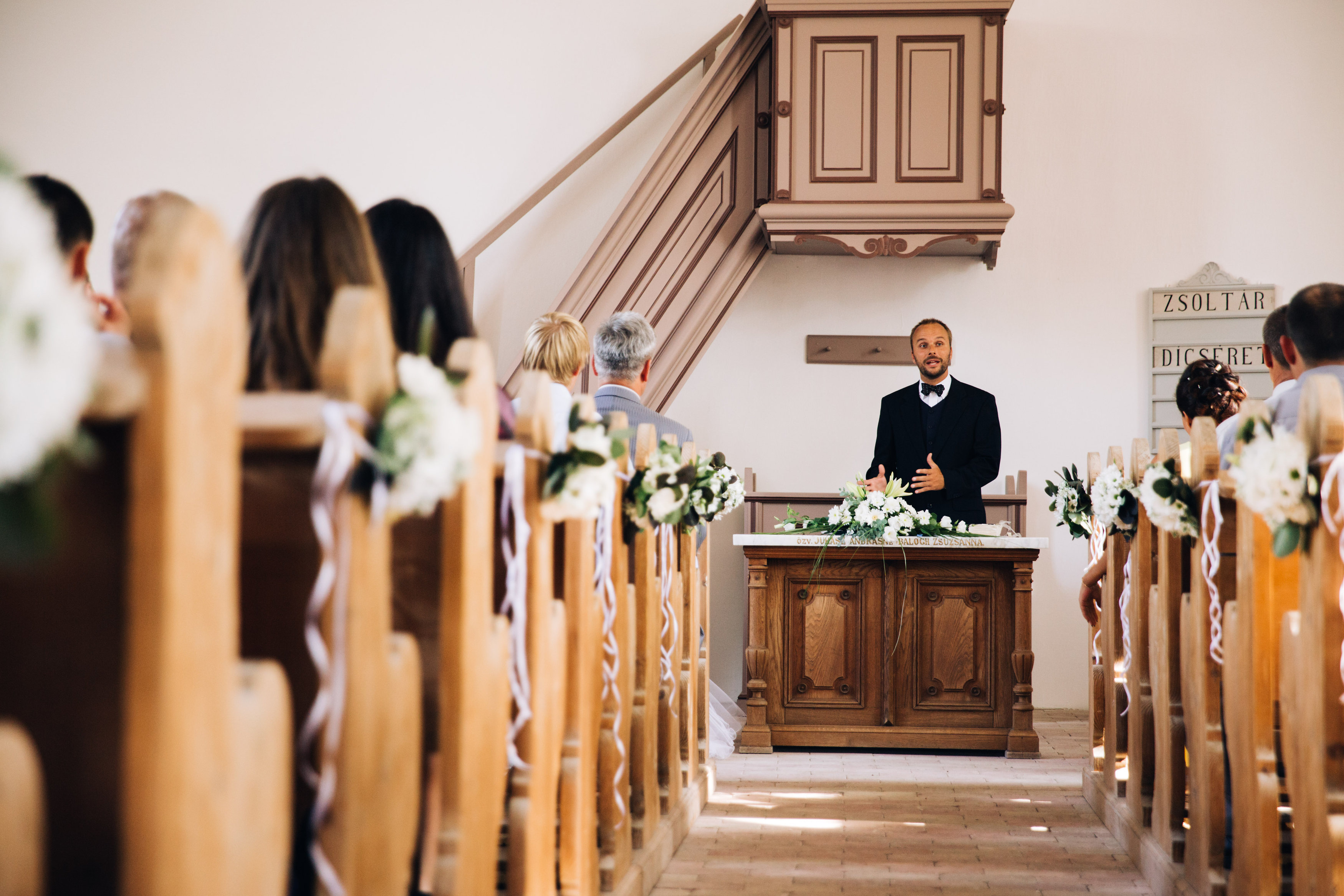 We just finished a season of lots of different events. Our church had a retreat last weekend where we experienced a growing love and fellowship within the community. We had two baptisms and accepted two new members while there. In August I led two weddings, I gave a lecture on Islam and taught on Colossians at the summer camp of the Hungarian Student Movement (MEKDSZ). Please pray for the upcoming three lectures I will give on the immigration crisis on October 3, 13, and 17. My intention is to call Christians to mercy and discernment. I am grateful for you as you support me spiritualy in prayer! Your thoughts and ideas are also welcome! Please do not hesitate to write me if you have advice from a perspective from more diverse, multicultural societies. We are ready to learn from you!

May God bless you. We love you as our friends! 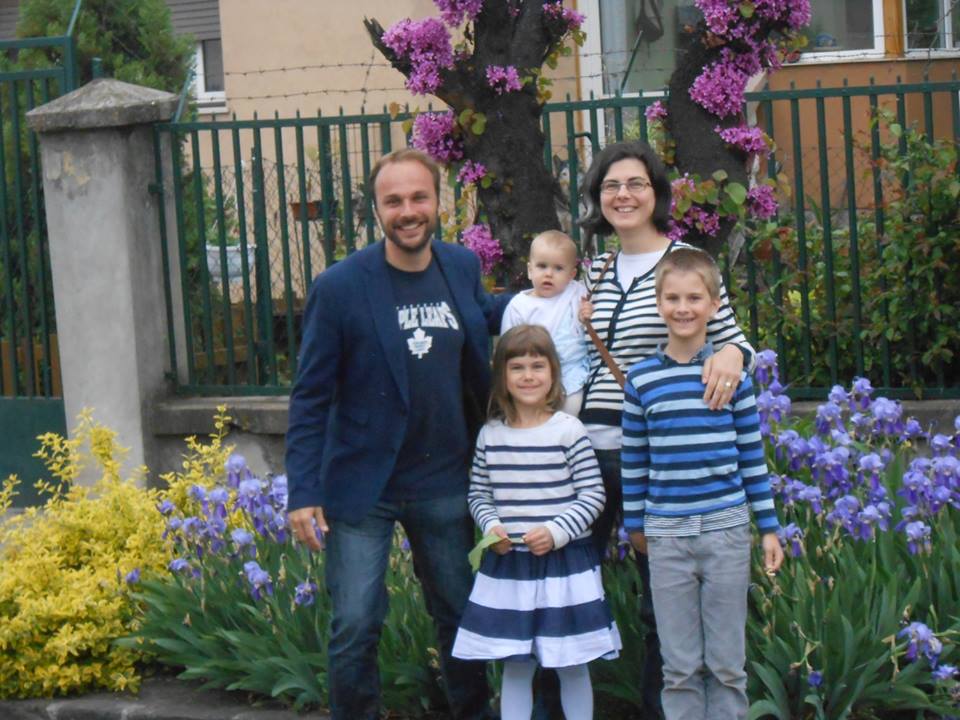