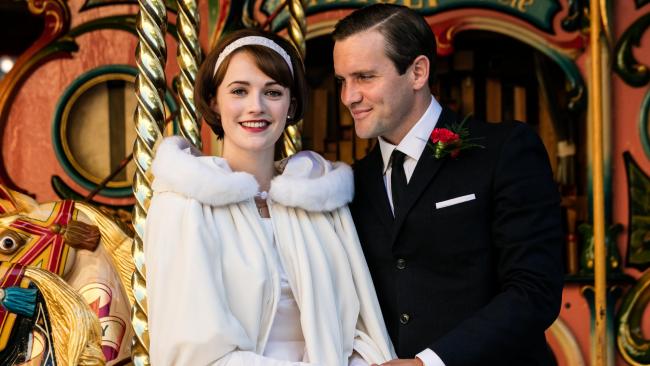 ‘When the tears come streaming down your face,
When you lose something you can’t replace’

– Lyrics from ‘Fix You’ by Coldplay

‘How can I, how can I go anywhere if I can’t take Barbara’

– Rev. Tom Hereward in Call the Midwife when thinking about the offer of mission work in New Guinea after his wife’s death.

I have always been absent minded, with a tendency to lose things like my pen, keys, umbrella, watch etc. A few years ago I even managed to lose our dog that I was walking, leaving her tied up at the local shops for several hours until someone brought her home to us.

I don’t like losing even trivial things but some losses are much more serious. As we grow older we may lose our faculties such as our hearing, our physical strength or some other thing that we once had but we have no longer. Facing loss is part of life in a fallen world.

David Powlison defines loss as a ‘particular kind of hardship or pain where some good thing, something you really value, that you love deeply and enjoy, proves to be fragile and temporary and  to be unrecoverable and unreachable.’

And perhaps in this category of loss, losing a person we love is the most painful. We had something good, someone good and they have gone for ever and won’t be replaced. What is left is an aching void, a crushing loneliness, great sorrow and longing for what we once had but have now lost forever.

The last episode this series of Call the Midwife shown on 11th March dealt with the death of Barbara Hereward, the much loved nurse and wife of the vicar Tom. Barbara died of septicaemia at the end of the penultimate episode and in the final episode we saw something of the painful consequences for those who loved her and are left to grieve her loss. Everyone pitches in to support and encourage her husband Tom and in the end there is some resolution of the pain as life goes on with babies born and birthdays celebrated.

The narrator voiceover (Vanessa Redgrave) at the conclusion says:

‘We flicker on a screen, we fold and unfold upon the mind’s eye, brittle as wings, eternal as a heartbeat. And even when the heart falls silent we do not cease to be. Because in the end we all become memories.’

But to become just a memory, is that it – does that satisfy and resolve the problem?

The Bible as a whole speaks into loss. It tells us that our lives are like the flowers of the field, here one day and gone the next with no trace left of them ever being there. Many of the older hymns we sing remind us of the frailty of life

‘Time like an ever rolling stream,
Bears all it’s son’s away;
we pass forgotten as a dream
dies with the dawning day’

The writer of this hymn, Catherina von Schlegel is clearly struggling as she writes but her sense of loss is not just to say we are left with mere memories of what once was. Instead through ‘the thorny way’ she sees ‘a joyful end’, and she is able to say in the end:

‘Be still my soul: when change and tears are past,
In His safe presence we shall meet at last’

Now that’s a sure hope that reaches beyond just being a memory that fades almost as fast as we do. It’s a hope that the world is hungry to hear about.

C.S. Lewis has this to say about comforting the suffering: