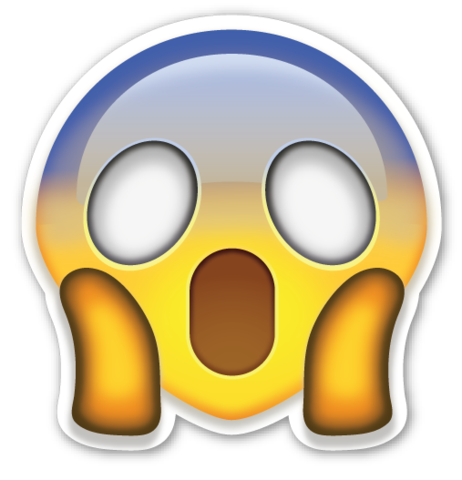 You see? I didn’t need to tell you what it meant, did I? We all know. It’s difficult NOT to know. After all – we hear it all the time. And if you’re anything like me – it makes you squirm. We don’t like to hear people speaking about God in thoughtless ways, do we?

But it’s not just OMG. What about all the variants? I suppose the most obvious one is “Oh my Gosh”. And there is the very similar “Oh my Goodness”. Or “Goodness gracious me” which is presumably an abbreviation of “God (Goodness) be gracious to me”. And there is the similar “Oh my Word” and many more variations. And what about those which are a thinly veiled use of the name of Jesus Christ? What about “Jeez” or the boys’ comic favourite “Gee Whizz”?

But why do so many people use these expressions? What lies behind the habitual reflex to swear? Is it just a normal human response to other people’s news with exclamations of joy or shock? Is it a way of giving weight to your response, expressing deep interest in what someone is saying, affirming that you are listening carefully and taking the other person seriously? It’s difficult to say.

But – of all the words that people could choose to give vent in this way – why these words? What is it about using God’s name that gives added clout to what people are saying? The answer is that all these sayings are a form of swearing. Over the years genuine swearing – the kind you do in a courtroom with your hand on the Bible – has been recognized as a way of affirming that your words are true. So it’s as if people are invoking the name of God to add weight to what they are saying.

But there is a problem. God says in the 10 commandments:

“You shall not misuse the name of the Lord your God, for the Lord will not hold anyone guiltless who misuses his name”. (Exodus 20:7)

God makes it very clear that people ought not to use his name in a frivolous, thoughtless way. The second part of this verse is an example of deliberate understatement to provide added emphasis. It is saying that the Lord takes the misuse of his name very seriously indeed.

But it’s not about everyone keeping a rule not to literally speak the name of God or known derivatives. It’s about a failure to genuinely include God in his rightful place. When we want to express praise we should attribute it to God. When we exclaim our surprise or disappointment, fears or amazement, we should consciously say it to God not to the air.

Bear in mind it’s not just non-Christians who use these expressions. So when believers do so are they being deliberately provocative to their Lord? I don’t think so. I think that believers who do this may never have thought about it or are just being careless. And it’s not just those in the pew who need to take care. These expressions are occasionally heard in pulpits.

We need to heed the apostle James’ words to Jewish Christians who were making all kinds of vows using God’s creation to avoid the technicality of swearing a binding oath. They had no intention of keeping their vows and would excuse it by saying that they did not actually use God’s name. Christians might technically not be swearing but their words will still display lack of reverence or casualness.

Above all, my brothers and sisters, do not swear—not by heaven or by earth or by anything else. All you need to say is a simple “Yes” or “No.” Otherwise you will be condemned. (James 5:12)

A former boss of mine – with the unlikely name of Cesar Chekijian – an Armenian by birth – when listening to others – would simply say “Oh!” from time to time. You knew he was listening.

(To listen to sermon series on James click here)