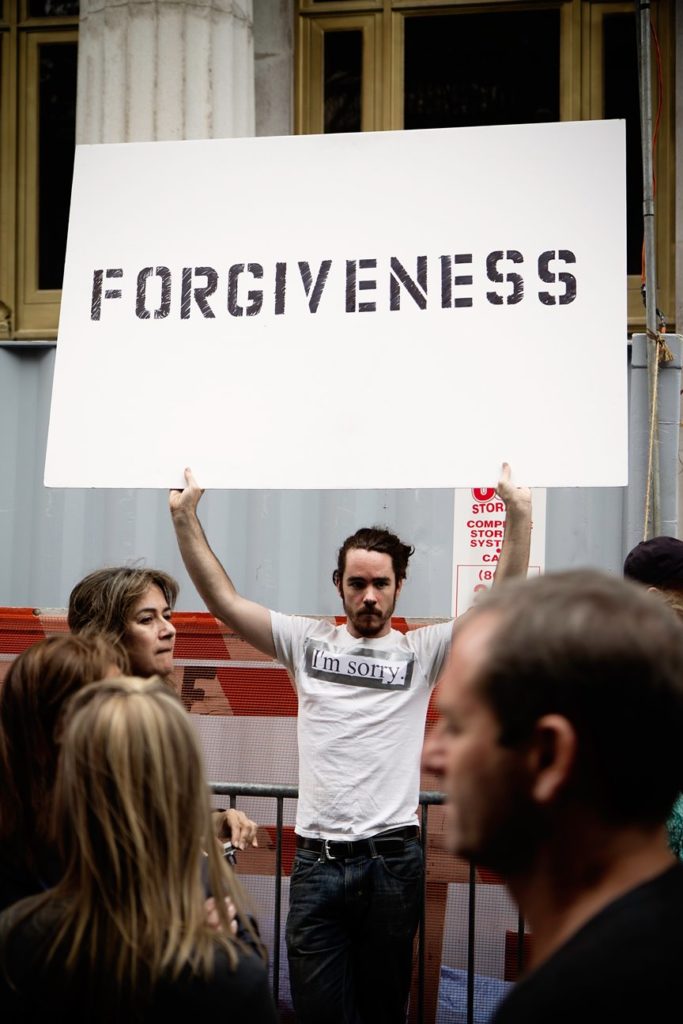 Child abuse is considered ‘impossible to forgive’ by nearly nine out ten British adults – more than murder or rape – according to a recent poll of 2,042 adults for the BBC.

We can understand the sentiments. Perhaps more than most other difficult experiences, the shame, guilt and confusion associated with child abuse often causes deep and lasting damage. It usually involves a betrayal of trust and, when it occurs within the family, the very opposite of the protection that such an environment should provide. An abused child is likely to be left with lifelong scars and will not easily trust anyone again.

For me as a Christian, the sexual abuse of a child is particularly horrific because sex was designed by God to be an intimate experience between two adult individuals committed to one another in the lifelong covenant of marriage. Such a union thus becomes the foundation for a family that should be a safe place for children to be loved and nurtured.

Child sexual abuse is not, of course, just a recent phenomenon. But one cannot help wondering whether the apparent rise such occurrences, as highlighted by the Jimmy Savile and Rolf Harris cases is, in part, the consequence of the sexual revolution of the late twentieth century. Of course, in God’s common grace, very few who advocate sexual freedom condone or commit child abuse. But once the boundary lines of God’s perfect design have been crossed, the question then becomes simply about what society is willing to accept, rather than one of absolute morality. We ask, what is the good and loving thing to do? But are we capable of making such judgments? I am glad that as a nation we are currently appalled by child abuse – and long may that continue – but it is dangerous to imagine that we know enough to make moral judgments without reference to any external standard or law. We only have to witness the current confusion and abuse of children who are encouraged to express a different gender to the biological reality, to realise how unwise it is to make decisions about what is right and wrong based merely on circumstance or sentiment.

In our justified moral outrage on the subject of child sexual abuse, there is also the danger of self-righteousness; we justify our own thoughts and actions by suggesting that we are ‘not as bad as other people’ – especially mass murderers or paedophiles.

We know what is right and wrong. We also believe that, from our vantage point, we have a better view than God about which of his rules are fair and good. With breath-taking arrogance we believe that we see more clearly than the maker of the universe who knows all things. All sin is a challenge to the authority of God and, while not all sins carry the same consequences, none of us are free from guilt before him.

Can we be forgiven?

Fewer than half of Christians who answered the afore-mentioned survey claimed to believe that Jesus died on Good Friday for the forgiveness of their sins. This is tragic because the death of Jesus to pay the price of our sin is ultimately the only basis by which anyone can be forgiven by God. It is not that God overlooks our sin and decides to just forget about it. At the cross the debt we owe for our sin was paid by Jesus, and so we can be truly forgiven.

There is hope even for the child abuser.

Yes, there will be consequences in this life for those found guilty of such acts. Such serious crimes need to be punished and children need protection from the perpetrators, who themselves need deterring from re-offending.

But there is also hope for such people. Whether or not others can forgive them, God can and will forgive all those who truly repent and put their trust in Jesus as their Saviour.

How can we forgive?

It is the reality of being forgiven by God that is the basis for us being able to freely offer forgiveness to those who have wronged us.

Some people, Christians among them, believe forgiveness is a simple choice we can make which sets me as the victim free, as much as it might be directed towards the person who harmed me.

But Christian forgiveness is not just a decision to overlook something; it is a recognition that we are recipients of God’s undeserved mercy and also that he is the ultimate judge. He will make sure justice is done and sin will be punished, even for those who may seem to have got away with it in this life. We do not have to exact revenge but trust in God’s sovereign rule.