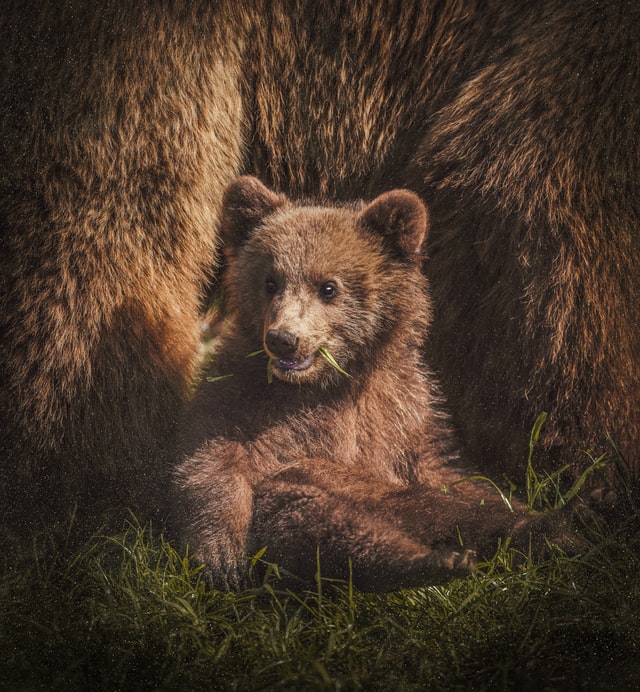 It’s Mothers’ Day here in the UK, which got me thinking about how this particular role points to God, and it struck me how often God reveals himself to us as being like a mother. We are so used to referring to God as ‘him’, the Father, Son and Spirit, that we can forget these beautiful revelations he gives us. Obviously God the Son has a gender when he is incarnate as Jesus. But God the Father and God the Spirit don’t actually have genders – not in the way we think of them. And though these male pronouns are the most appropriate ways to speak of all three persons of the Trinity, God does show himself to us as mother-like more often than we might think.

In a desert land he found him [Israel, his people], in a barren and howling waste. He shielded him and cared for him; he guarded him as the apple of his eye, like an eagle that stirs up its nest and hovers over its young, that spreads it swings to catch them and carries them on its pinions. (Deuteronomy 32:10 – 11)

God cares deeply for his people, he longs to protect them, and so when he finds them in trouble, he acts like a mother eagle, hovering over her freshly-hatched young. When these fledgelings start to leave the nest, on wobbly wings, she is ready to catch them as soon as they fall and even carry them on her wings herself. So God is with us.

You deserted the Rock, who fathered you; you forgot the God who gave you birth. (Deuteronomy 32:18)

In this verse, God refers to himself as both father and mother. In the face of unfaithful people, God appeals to them as both parents, reminding them that he is the unchanging Rock who fathered them as well as the God who gave them birth. He feels the pain of his people’s rejection of him just as a mother would her offspring, who she has grown in her womb and birthed, had they gone off and forgotten all about her.

3. The woman in labour

For a long time I have kept silent, I have been quiet and held myself back. But now, like a woman in childbirth, I cry out, I gasp and pant. (Isaiah 42:14)

Anybody who has been, or seen, a woman in labour will know that this is no weak image of God’s pain over his people’s rejection of him. God loves his people so much that when they turn from him to idols, this is the extent to which it pains him.

Can a mother forget the baby at her breast and have no compassion on the child she has borne? Though she may forget, I will not forget you! (Isaiah 49:15)

Picture it: a mother has given birth to a baby and holds that baby at her breast, nourishing him and giving him life. Can that mother forget about her baby, while she is in the very act of holding him and feeding him? That baby won’t even leave her thoughts day or night for those first few months. But God says she is more likely to forget her child, whilst in the very act of breastfeeding him, than he is to forget his people!

5. The mother comforting her child

As a mother comforts her child, so will I comfort you; and you will be comforted over Jerusalem. (Isaiah 66:13)

How does a mother comfort her child? She gives them a hug! A grazed knee, a spiteful word from a sibling, a broken toy… the mother widens her arms and scoops that child close to her. This is the way God comforts his people in their distress. Though dire judgement is coming upon God’s people in this passage, and their great city will be destroyed, God says that he will bring them this level of comfort over it, and they will be comforted. Sometimes a hug from mum isn’t enough to actually bring comfort to a child, but not so with God. The comfort he offers his people will comfort them.

6. The mother teaching her child to walk

It was I who taught Ephraim to walk, taking them by the arms; but they did not realise it was I who healed them. I led them with cords of human kindness, with ties of love. To them I was like one who lifts a little child to the cheek, and I bent down to feed them. (Hosea 11: 3 – 4)

Arguably these verses could picture either a father or a mother, but it’s such a beautiful picture of parental love and care, that it’s worth including. Think how tenderly a parent teaches a child to walk, carefully holding their hands to steady them as they gain strength in their legs. God says that he led his people with utter love; it was like kindness and love were physical leads to them: I picture a toddler on reins made of sheer love. God is bigger, stronger than his people; he bends down to lift them to hold his cheek to theirs as a sign of beautiful affection. He stoops to give them what they need.

Like a bear robbed of her cubs, I will attack them and rip them open; (Hosea 13:8a)

I’ve never seen a bear in the wild, let alone a mother bear who has had her cubs taken away from her, but I imagine it is a pretty fierce sight. There’s a reason we have the phrase ‘mama bear’ to refer to the woman who fiercely defends her children. Like that ferocious wild animal is God’s fury at his people when they forget about him. We can so often brush aside our sin, knowing God will forgive us, but here we get a vivid image of God’s right anger at it.

Jerusalem, Jerusalem, you who kill the prophets and stone those sent to you, how often I have longed to gather your children together, as a hen gathers her chicks under her wings, and you were not willing. (Luke 14:34)

It’s not just the first person of the Trinity who shows characteristics of motherhood. Here, Jesus likens himself to a mother hen, gathering her chicks under her wings, bringing them to herself and protecting them. His very own people have treated him poorly, ignoring messengers and even killing them. And yet Jesus’ response is that he longs to bring them to himself. He longs to care for them and protect them… but they were not willing.

This is not an exhaustive list, there are more! What other passages can you think of? We’d love for you to drop us a comment sharing your thoughts. Do these verses change the way we think of our multifaceted God?