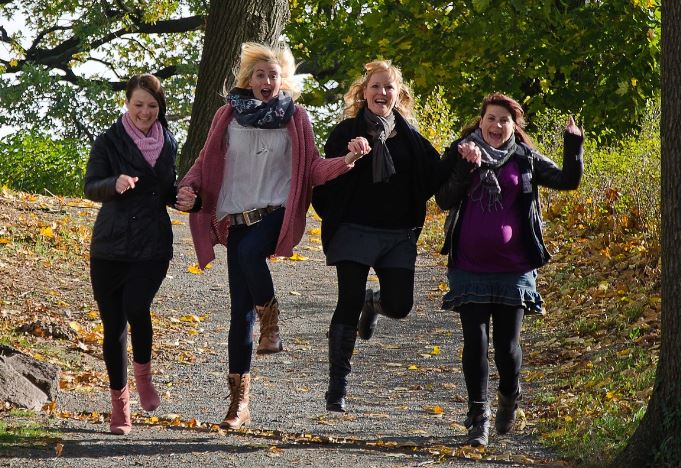 Three news stories relating to gender confusion have caught my eye in the last few days.

Firstly, Brighton and Hove Council have issued new guidelines that schoolchildren will be taught in sex education lessons that ‘all genders’ can have periods. Before getting up in arms about this, it is worth pointing out that it is factually correct that trans boys and men and non-binary people may have periods. In fact, anyone born female, however they currently self-identify, will almost certainly have periods when they reach puberty, unless they take drugs to suppress them.

We could agree that it is important that sex education for boys and girls covers the topic of menstruation to help boys in their understanding and avoid girls missing school and being embarrassed about having periods. But the real story here is the assumption underlying these guidelines, that ‘gender’ is a fluid term, referring to a state of being rather than the traditional usage (which in biology at least) has always referred to biological sex. This story shows the confusion that is sown by a commitment to a gender fluid ideology.

At least Jeremy Corbyn has no such confusion about whether Theresa May is a man or a woman! Earlier this week he was accused of calling the Prime Minister a ‘stupid woman’ during a Commons debate. He rather unconvincingly denied using the word ‘woman’, saying he had muttered ‘stupid people’. No-one really believes him but what is fascinating about this story is that the focus has been almost entirely on the noun ‘woman’ rather than the adjective ‘stupid’. It seems that calling her a ‘stupid woman’ is self-evidently sexist and misogynistic. No-one has convincingly explained why. Does the assertion, even if true, that there has been ‘2,000-plus years of matriarchal oppression’ and that ‘we all grew up in a patriarchal society where women are generally seen as less competent than men’ mean that calling women stupid has a unique significance? I am not condoning rude language, but it does seem bizarre that we may only use the word woman if it is qualified by a positive adjective, or, worse still, that any adjective – even a factually correct one – might not be appropriate. In fact, it might even be wrong to use the word ‘lady’ or ‘woman’ in any strictly literal sense, unless perhaps referring to a ship.

It is therefore with some relief that we note that the council in Newton Aycliffe, County Durham has decided Father Christmas must be a man. Their tradition of a male Santa touring the streets in a flatbed truck handing out sweets to children on Christmas Eve is to be continued. Preserving the correct designation for the mythological Father Christmas does not excite my interest any more than Dr Who becoming a female. But the very fact that there has been such a debate further illustrates the current confusion and even guilt linked to assigning gender. Whether the council decision means Father Christmas must be a man in the sense of biological sex assigned at birth or just self-declared gender was not specified. A battle for another day no doubt.

These stories would all be pretty laughable if it were not so serious. We are losing our grip on reality as we turn further and further away from the objective truth handed down to us by our creator.

We stand against any form of bullying, ridicule or insensitive language, especially towards those who feel marginalised for whatever reason. Jesus is our model in this. We must show compassion and sympathy to those who have arrived at a place where they are uncertain about their gender. We should treat everyone with respect and denigrating them with any insulting adjectives is not what God wants from us.

And we can be flexible where gender issues really do not matter; Dr Who and Santa Claus can be male, female or alien and my Christian conscience remains clear.

The best way to love people is to help them be the person God has made them to be – and that includes the gender he has assigned to them. So, society will be safer and happier when these gender differences are recognised, respected and celebrated.

God created man and woman as something precious, something noble, something that is of the very essence of humanity. It is a terrible thing when we rebel against that image and deliberately seek to deface it.

Some commentators this week compared events in Parliament to the last days of the Roman Empire. It is certainly true that, historically, moral decline and decadence precede political collapse.

May God grant us such a revival of a sense of spiritual helplessness and need for the man Christ Jesus whose coming we celebrate at Christmas, to save us and to give us identity, security and purpose.

Graham Nicholls is Director of Affinity