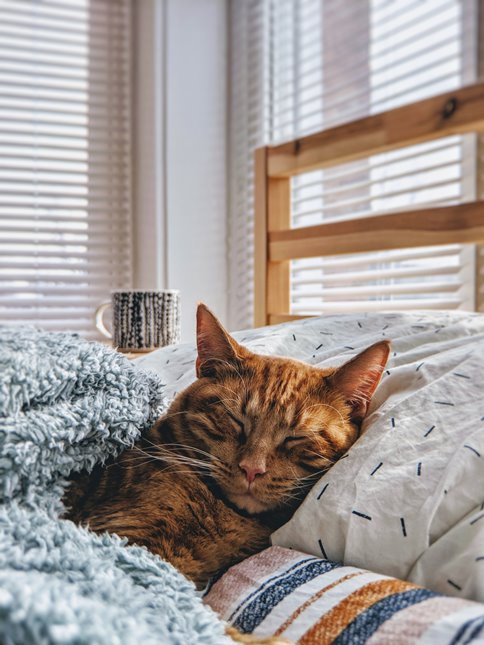 An article in this week’s Daily Mail quotes rather bizarre research in the USA that suggests atheists are more likely to own a cat than Christians.

According to a survey of over 2,000 people by Professor Samuel Perry of the University of Oklahoma, those who attend church more than once a week owned 1.4 cats on average compared to the non-religious who have two.

Professor Perry argues that cats provide a substitute for the human interaction that we crave, which Christians already find in their church community. He also suggests that cats are ‘very godlike’ in their behaviour and so for atheists they act as a substitute for religion.

Certainly, it is well-known that cats are more independent than dogs. As Christopher Hitchens says (quoted in the Mail article), ‘If you feed a dog, they think you are God, while if you do the same to cats, they assume they are gods.’

But whether a dog or cat is your preference, they can indeed be a substitute for human contact. So perhaps there is some truth in the idea that people with a church community have less need of a feline companion.

This might seem like a rather frivolous story with dubious conclusions, but it does help us reflect on the fact that pets are a major phenomenon in our culture. I myself own two dogs (definitely no cats), but it is interesting to speculate on the reason why we own pets.

We are built for relationships

Maybe we had one as a child; perhaps we want the regular exercise of walking a dog; or possibly we just love animals. But most of all people seem to love the companionship and sense of purpose a pet brings. We love their company and interaction with them; they fulfil part of our need for relationships. They are one of the many good things that God has provided for us in this world.

However, they should not become a substitute for human relationships or – more importantly – for a relationship with God. We must never accept his gifts, but ignore the giver. Devotion to a pet – or anything else – should not replace the worship of God.

We are made to rule

My dogs are only partially obedient to me. But I believe that as we care for a pet, whether it be a cat, dog, goldfish or snake, we are helping to fulfil the commission given to humanity by God. Adam and Eve were told to manage creation on his behalf, as his image-bearer (Genesis 1:28).

So, enjoy and take care of your cat, dog, praying mantis or whatever, as a good gift from God. But remember that this is not where you will find ultimate companionship and love.