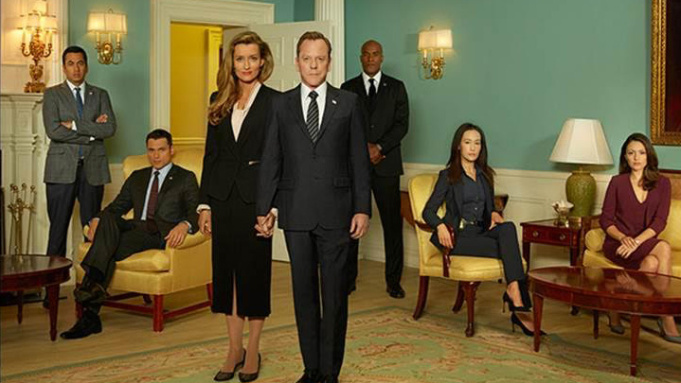 I have been watching the latest series of Designated Survivor. The premise is that nearly all US politicians have been killed in a terrorist attack but one “designated” person was kept in a separate location for such an emergency. He thus becomes the president and, after a faltering start, does rather well and always seems to be more noble than those around him. I like the concept of an accidental president, and the plots are intriguing but not too demanding!

There is one other storyline in the series that particularly caught my eye. When the Press Secretary, Seth, was at university, he sold his sperm to make some money. Eighteen years later his daughter seeks him out. (Apparently, as in America, this is also a legal right in the UK.)

Designated Survivor now includes much more swearing, which seems to be a trend in all TV dramas. It also ticks all the boxes of political correctness and inclusion: along with the normal diet of extra-marital affairs and casual sex there is a prominent gay couple, a man who has transitioned to a woman (who is wise, well-balanced and winsome) and a sympathetic euthanasia storyline as one of the main characters asks her daughter to obtain a “go pack” for her – a cocktail of drugs so she can kill herself.

From my perspective, this continues the relentless promotion by the news and entertainment media of a particular brand of inclusion that excludes the possibility of a Christian viewpoint, treating it as outdated and seditious. Christians need to be aware that this is shaping the default moral judgments of people around us. Indeed, we ourselves are not immune to its influence and need to be constantly renewing our minds to know how the will of God and the love of God apply to the many complex moral issues of our time.

But back to Seth and his college transaction. This storyline highlights the current moral confusion: in many respects society wants to treat sperm (and ova) as just biological material which can be traded and used freely. But there is something in us all that recognises that the DNA connection has a deeper significance. That is why a person might want to seek for a relationship with his or her biological parents.

To completely separate sexual union and any attendant responsibility – as in surrogacy, sperm donation and egg donation – is not to just go against God’s plan, but it encourages a complete disconnection of the physical act of sex from procreation, commitment and responsibility. Sex becomes recreation and conception is production; families are now groups of whoever want to be together.

Growing up with your biological parents is the way God has designed things to be. Living before God in a relationship of both biological connection and personal commitment is a powerful combination and his ideal for society. This appears to be borne out by academic studies.

Of course, we know that this is not always possible. Because of death, acute illness, past sins or relationship break-ups it may be that single-parent families, step-parenting or adoption are the best available options. Each can be used by God to provide a good home for children. We know of many such families doing a fantastic job of making safe and happy homes where God is at the centre. In particular, there is a great need for adoptive parents for many isolated children abandoned in the care system. The adoption of such children into step families is a wonderful way by which Christians can show the grace and love of God and in so doing create good and God-centred family environments. Part of the story of every Christian is that a loving God has adopted us. Our desire to welcome needy people into our families and our churches reflects his love that reached out to us.

But just because God in his grace makes provision in these ways for our failures and the effects of sin, this doesn’t mean we should abandon the traditional family pattern. We must not sever the connection between sex, conception and bringing up children. All sex outside the covenant of marriage is wrong by God’s explicit command – as is the conception of babies outside of marriage – but is also damaging to all our relationships in some way or other; God’s way is the best way for us to live.

And next time you are watching something on Netflix, remember that all the time we are being bombarded with questionable values and we need to make sure we are alert to the dangers.