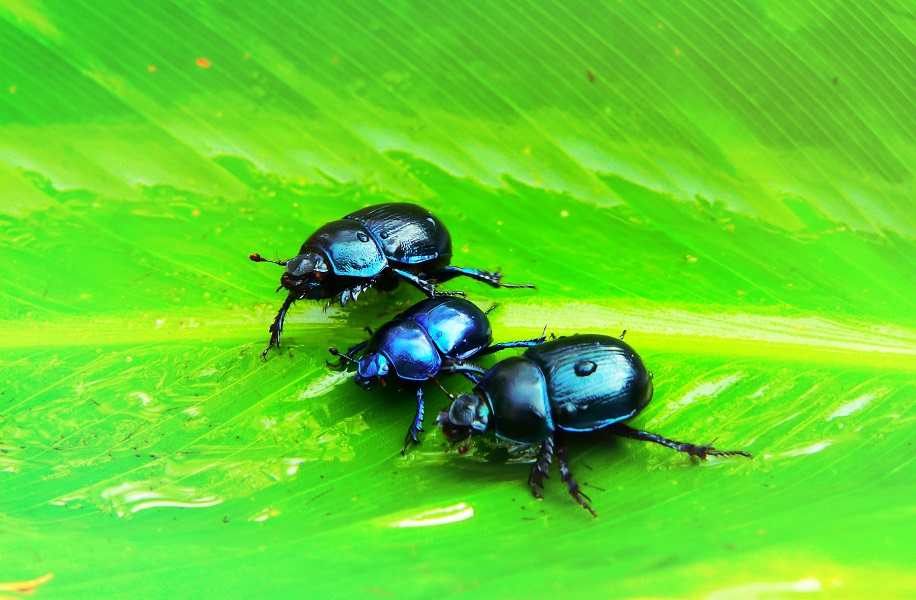 The so-called diabolical ironclad beetle can withstand a crushing force more than 39,000 times its own body weight – enough to survive being run over by a car. Its exceptional strength comes from highly specialised armour which makes its exoskeleton one of the hardest materials in the biological world.

This is the sort of fact David Attenborough would have wowed us with, possibly including close-up photography of this remarkable insect bearing up under such pressure and crawling away to freedom.

In his latest programme trending on Netflix called “A Life on our Planet” the 93-year-old reflects on his own life and gives what he calls his witness statement, which is less about fascinating discoveries and more of a critique of the environmental damage humans have caused in his lifetime. It includes the regular appearance of a sobering on-screen counter showing the growth in human population and the reduction in the rain forest as we sit watching the screen. His basic message is that humans have done a lot of damage in the world and we need to stop before it is too late; it is a call to live sustainably.

There is, of course, an irony that Attenborough’s documentaries have only been made possible by some of the polluting technologies that he criticises – the air travel and electricity required to film, distribute and watch these programmes. Nonetheless, he makes his argument well and it was good to be challenged by this veteran broadcaster.

For an atheist, he gets tantalisingly close to a Christian view of humanity. He makes clear that humans are distinct from every other creature in our ability to rule the world – in which role we have been phenomenally successful. Christians would agree; we are special, having been made in God’s image, not biologically, but in terms of our responsibility and personhood.

He also seems to think we have a moral obligation to take better care of the world. Again, as Christians, we totally agree that we have such a calling; as stewards, God has put us in charge and we need to repent that we have often failed to do this well.

We are here to make things better. Out of the whole creation, only humans are answerable to God for our care for the world. That is the ultimate incentive. We love the planet because it reflects the diversity of God’s inventiveness and we look after it as an act of worship of him. But it is at this point that Attenborough falls short; all he can offer is a kind of self-preservation argument for looking after the environment. And although he speaks with emotional conviction, he must know that in the godless, Darwinian universe in which he believes, there is really no motivation to preserve beauty and diversity unless it contributes to our own survival. And for those who are comfortable and well-off right now, that is no incentive at all.  Who cares if the beetle survives the car?

Attenborough goes even further astray when he suggests that humans have “overrun the world”. The implication is that humans are a polluting parasite that have somehow disturbed the balance of an otherwise perfect planet.

He is wrong about that; we are meant to be here. All animals pollute and destroy. We are part of a beautiful but broken creation. The competition for resources that so that disturbs the fragile balance of our natural world is a legacy of the disobedience of Adam and Eve. In a way, Attenborough is right to say we are the cause of the problem, but not in the way that he imagines. The root issue is not environmental damage, but rather Adam and Eve’s sin as it is played out through history.

Ultimately his is a false religion, one in which destroying our world is the great sin and salvation is found in living sustainably so we keep the planet habitable. Attenborough’s aims are worthy but ultimately hopeless because eventually everything dies and turns to dust.

In the end, David Attenborough’s final message, his witness statement, offers no answers and delivers no salvation.

The Bible and the gospel of Jesus Christ offer so much more.